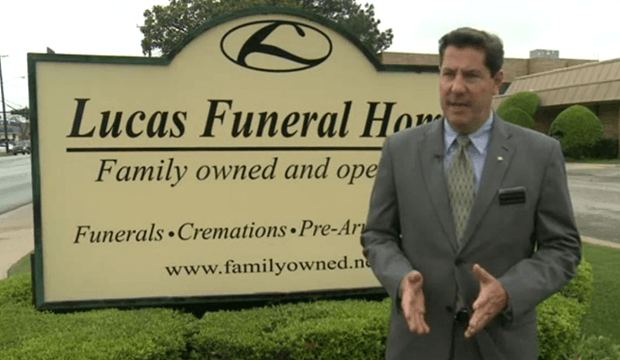 ARLINGTON, Texas -- It seems like a no-brainer. When you’re driving, pay attention! Distracted drivers are everywhere. Whether it’s talking on the phone, texting or doing your makeup commuting can be crazy.

“Texting and driving frustrates everybody. I mean, we're as frustrated as the first responders.”  Mark Lucas-Kelly told NewsFix.

So to make an impact, folks with Lucas Funeral Home set up billboards around DFW. They say the more folks get the word out about this issue, the bigger the impact.

“The PSA video that shows that true story of the driver hitting the little girl in the stroller was  very impactful," Kelly said.

Arlington filmmaker Tyler Case wanted to make it his mission to get people to pay attention.

“Every single person is guilty of distracted driving," Case said. "That's why I wanted to put it out there, because that's something everyone can relate to."

The new PSA is hitting some folks pretty hard, and it was inspired by a true tragedy back in 2014. Daniel Bingenheimer’s  7-month old -son, David, was killed by a distracted driver.

“He went into very graphic detail and said that he picked up his son and walked over to the lady in the car and said, 'Look what you did to my baby,'” Case said. “I think that's what's really going to grill people who watch it. And hopefully, changes minds and opens eyes.”

And that’s a message that really needs to be driven home.