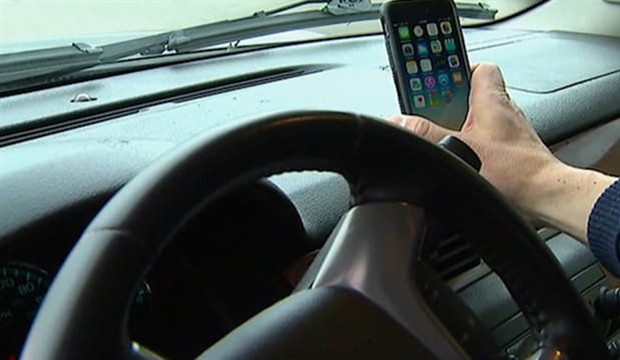 ON TEXTING AND DRIVING, NORTH TEXAS FUNERAL HOME SAYS “WE CAN WAIT”

A Tarrant County funeral home is using a little dark humor to remind people not to text while driving.

The Lucus Family of Funeral Homes has several billboards set up across the area. They read: “Don’t text and drive. We can wait.”

The family owned business was looking for a fresh approach to billboards, after years of not having any.

“We had planned to say ‘don’t text and drive’ but we tinkered around with it a little more,” Mark Lucus-Kelly says. “My cousin Jimmy came up with the ‘we can wait’ part and we were like ‘That’s it’.”

This was their response to the amount of deaths in North Texas that are caused by distracted driving. The Lucus Family of Funeral Homes runs several facilities across Tarrant County. Kelly says too often these victims of texting while driving end up with them.

“It drives us and the first responders crazy,” he says. “Texting while driving causes accidents that are so preventable. And we’re like the final responders. We see these grieving families and the loss that could have been prevented.”

This ad campaign is bringing the Lucus Family of Funeral Homes the most attention they’ve ever had, and most of it is good.

“We had a lady call us and say that billboard was some of the best use of advertising dollars she’d ever seen,” Kelly says.

And when they were coming up with their slogan, Kelly says they were trying to find the most meaningful way to come across, even if it meant injecting a little dark humor.

“We think the ‘we can wait’ part is especially impactful, since it’s coming from a business that deals with death,” he says. “We like to honor everyone that comes to us, but we certainly don’t want to rush anybody to that, you know?”