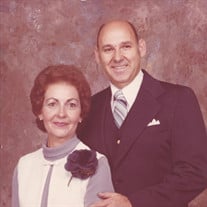 William Arthur Davis, born October 7, 1933, in Marmet, West Virginia, to Fred Davis and Genevieve Wells, passed away January 17, 2022 at his home in Arlington, Texas, at the age of 88. William entered the Air Force on October 22, 1951 at 18 years of age and was stationed in Japan as an Accountant. He also served during the Korean War. Growing up in Marmet, West Virginia he met the love of his life Rosetta Faye Petry whom he married on October 11, 1952. During his service William received a multitude of accolades. He was awarded a National Defense Service Medal, Korean Service Metal, and a U.N. Service Medal, to list a few. After 4 years of service in the Air Force William was honorably discharged and returned home to his wife and civilian life. In this new chapter of life, he would do a multitude of jobs including working for Texas Instruments and Bell Helicopter where he would eventually retire after 30 years. William had a love for fishing, singing, casinos and writing poems including his most cherished poem ‘The Wooden Cross’. He also had a passion and love for his family and enjoyed taking his grandkids and great grandkids fishing. William lived a long and blessed life. He was proceeded in death by: wife, Rosetta Faye Davis, brother Paul Davis and sisters Helen Crowley and Janet Young. He is survived by: brothers Wallace Davis, Ralph Davis, and Lawrence Davis, son Bill Davis, daughter Vicki Davis, grandchildren Tara Elmasri, Julie Barrentine, Phillip Davis, Amy Graham, great grandchildren Paige Davis, Maalek Elmasri, Rayne Cottle, Yasmine Elmasri and Adam Elmasri.

The family of Mr. William Arthur Davis Sr. created this Life Tributes page to make it easy to share your memories.

Send flowers to the Davis family.