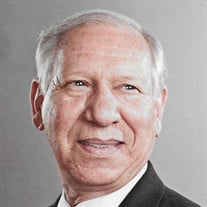 William Gary Crawford passed away on the 15th day of April, 2021, at his home in Haslet, TX. He will always be remembered as a loving husband, father, grandfather, brother, uncle and friend to all that knew and loved him. He was born on April 22, 1946, in Weleetka, OK to Oren and Oneta Welch Crawford. He graduated from Enid High School in 1964 where he lettered in Track and attended Oklahoma State University where he pledged Phi Kappa Tau Fraternity and was the first Freshman ever to serve on the Executive Committee of the Young Democrats, before going into the US Navy for 4 years. Gary earned the National Defense Service Medal, Vietnam Service Medal with three Bronze Stars, Vietnam Campaign Medal with Service, Gallantry Cross, and Meritorious Unit Commendation. He also served on Admiral Yates Steering Committee at NAS Whidbey Island. He served his country on both the USS Constellation and the USS Ranger aircraft carriers. Gary was a master at many things from building race cars to building companies. He was President of two companies and President and Owner of a third, all related to Bus Shelter Advertising. He was Vice President of the Shelter Advertising Association for several years and had a total of eleven years in Bus Shelter Advertising in four states and over 20 cities. He was the first person in the shelter industry to go over $1 million in sales. While President of Public Transit Shelters, Inc. in Oklahoma City, he served as an officer in the Oklahoma City Ad Club for four years, voted Ad Person of the Year in 1985, and was Addy Chairman for the OKC AAF Addy award program. He was also the State Legislative Chairman for the AAF for 3 years. These are a very few of his many accomplishments as an innovative and creative professional over 43 years in the advertising profession. He was employed by Memphis Area Transit Authority as Senior Manager of Transit Advertising at the time of his death. Gary is survived by his wife, Jenny Reed Crawford, of the home; son, Christopher Crawford and husband Marcus Sever of Duncanville, TX, grandchildren Amelia and Preston Crawford, their mother Christy Crawford Mullen and her husband Bill, one step-grandson, Price Mullen, all of Haslet, TX; brother Wayne Crawford of Kaufman, TX ; sister-in-law Judy Rowell of Noble, OK; niece, Karoly Crawford of Portland, OR and other nieces and their families. There will be a Memorial Celebration honoring Gary May 22nd from 2-4 at Gaberino’s Restaurant in Norman, OK. Memorial Contributions may be made to the American Heart Association or the organization of your choice.

William Gary Crawford passed away on the 15th day of April, 2021, at his home in Haslet, TX. He will always be remembered as a loving husband, father, grandfather, brother, uncle and friend to all that knew and loved him. He was born on April... View Obituary & Service Information

The family of William Gary Crawford created this Life Tributes page to make it easy to share your memories.

Send flowers to the Crawford family.