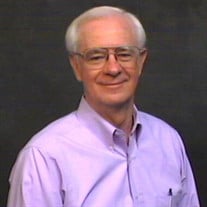 William Raymond Cox, 79 passed away at home in NRHills, Tx on January 30, 2022 after a lengthy illness. Fondly known as “Pastor Ray,” he was born October 29, 1942 in Pineville, LA to Odie William and Mary Elizabeth Milner Cox. He was the eldest of three children and the only son. He lived in Pineville until about six and then the family moved to New Orleans. After graduating from high school, Raymond attended Louisiana Baptist College in Pineville where he met his wife Barbara in the fall of 1962 and they married Aug. 24, 1963. He then attended Southeast Louisiana University in Hammond, LA, graduating in 1972. He went on to New Orleans Baptist Theological Seminary and graduated with a Master of Divinity in 1976. Pastor Ray served for more than 50 years in churches in Louisiana, Florida and Texas, starting his career in the small rural churches of southern Louisiana including in Buras, LA, in the toe of Louisiana, where the freezer stayed full of shrimp and fish! He also served in Titusville, FL, a move resulting in many visits to see “Mickey.” When his father was diagnosed with cancer the family moved to Pasadena, TX in 1980. Pastor Ray served many churches in the Houston area including Pasadena, TX; Columbus, TX, Sinton, TX and Pearland, TX. He retired from pastoring in September 2010 after serving 10 years in pastoral ministry at 1st Baptist Church Pearland. After retiring, he served Northway Baptist Church Angleton, TX as Intentional interim for 2 years. His love of people also drew him to counseling during his ministry. He supported many across his church families as they experienced life’s highs and lows. Ray was a loving husband and father. The family enjoyed sports, fishing and travel. Ray followed the LSU Tigers and the New Orleans Saints. When they won he was a great fan, but not so much when losing! The family traveled to Washington, D.C., Gatlinburg area, Pennsylvania area, Smokey Mountains, Canyonlands, and to Pagosa Springs to ski. Everyone fell in love with snow and skiing, but Ray was never able to master the “toe in.” Ray and Barbara continued their travels in retirement including trips to Niagara Falls, Sedona Arizona, Hawaii, Israel, and Bulgaria on a mission trip. He was preceded in death by his parents, and his sister Brenda Gale Cox James. He is survived by his wife of 58 years Barbara Snelson Cox; 3 children: Robert and his wife Sonya Selivanoff Cox of Santa Rosa, CA, Michael and his wife Jill Kahlich Cox of Cary, NC, and Cheryl Cox Nifong and husband Richard of NRHills, TX. Sister Linda Ruth Loyd and husband Charles of Denham Springs, LA; 4 grandchildren: Casey Michael and Naomi Cox, Trinity and Zoey Nifong. He is also survived by many extended family members and friends scattered across the country. We want to extend our thanks to our private care sitters and the Hospice group who served Ray so faithfully in the last months. Some of them are Regina, Lisa, Mariko, Monique, Amanda, Trey, Parma, Maggie and a host of others who surrounded us with loving care.

The family of William Raymond "Pastor Ray" Cox created this Life Tributes page to make it easy to share your memories.

William Raymond Cox, 79 passed away at home in NRHills, Tx on...

Send flowers to the Cox family.