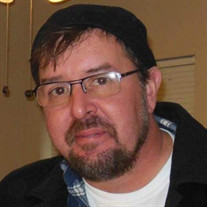 William Chad Clemens, 55, of Colleyville, Texas, passed away on January 31. Chad was born to Harry and Suzie in Lubbock, TX on February 25, 1966. The family moved to DFW a short time after, where Chad remained during his life. He was a 1984 graduate of Trinity High School in Euless and attended TCJC. Chad’s biggest passions in life were his family, friends, and music. Chad loved music from a very early age, and he knew more about bands across many genres and loved sharing that passion with others. His music career started with the bands Revisto and Idea Men. In the early days of the Deep Elum music scene with the band Cathouse and most recently Kelvin. Years later, Chad enjoyed reuniting with old friends and hosting countless Sunday afternoon jam sessions. Everyone was welcomed and hilarity usually ensured along with some very good music being created. There was rarely a dull moment when you were hanging out with Chad. He loved competition! Trivia, wiffleball or beach football – it didn’t matter if he could challenge you. An avid fan fantasy football, participating in the same league for over 20 years with close friends, even winning the coveted Mug two times, most recently in 2020. He was a lifetime fan of the Cowboys, Mavericks and Rangers, Stars and a Ticket P1. Chad enjoyed a long, successful career in management as a Field Claims Director for AIG Insurance, where he created many lifetime friendships with his co-workers. A dog lover, his dogs Pete and Delilah were always by his side. Chad was preceded by his father, Harry; Uncle Rush McLaughlin; Grandparents, William and Laurel Clemens, Clyde McLaughlin, George and Maudie Bogert, Pat and Jewel Daugherty. He is survived by his wife, Katy; Son, Patrick Gratzke (Maddie Click): Mothers, Suzie Spinks (David), Barbara Clemens (Dennis); Brother, Clint Clemens (Renae), niece, Haley Hibbitts (Brady), grand-niece, Haddy, Nephew, Hayden; Sister, Carli Clemens Greene, nephews, Wyatt and Garrett; Aunt Sherry “Chewy” Buchanan; Cousin, Kyle Clemens (Denise), Nathaniel, Luke; Katy’s family – Mother, Kay McGrann; Sister, Teresa Combs (Alan), Nephews Jason, Josh; Sister, Erin McGrann (Steven); Sister, Shannon McGrann (Phil), Nephew, Owen; Former wife, Julie, best friend Ron Lewis; and many aunts, uncles, cousins and dear friends and co-workers. A celebration of Chad’s life will be held on February 26 from 12:00 Noon – 4:00 PM at Bronco’s Sports Bar and Grill in Hurst. The family is requesting that in lieu of flowers, please donate to the Humane Society of North Texas at: Humane Society of North Texas Or if you would prefer to mail in a check for a tribute gift, please mail to: The Humane Society of North Texas Attn: Tributes 1840 E. Lancaster Ave. Fort Worth, TX 76103

William Chad Clemens, 55, of Colleyville, Texas, passed away on January 31. Chad was born to Harry and Suzie in Lubbock, TX on February 25, 1966. The family moved to DFW a short time after, where Chad remained during his life. He was a 1984... View Obituary & Service Information

The family of William "Chad" Clemens created this Life Tributes page to make it easy to share your memories.

Send flowers to the Clemens family.