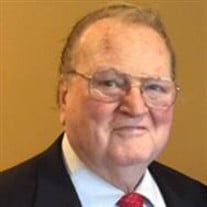 Wayne Lindsey Robbins, Sr. of Fort Worth passed away on April 8 after a fall and subsequent complications. He was 85. Born January 8, 1936 in Covington Tennessee, Robbins graduated from Byars Hall High School in 1954. He received his degree in 1958 from Mississippi State University, where he was an All-Southeastern Conference pitcher, a member of ROTC, and president of the Baptist Student Union. After a professional baseball career and active and reserve duty as a military policeman in the Army, from which he was discharged as a captain, he received a divinity degree from Southwestern Baptist Theological Seminary and both his master’s degree and doctorate from the University of Arkansas. A varied career led him to head baseball coaching stints at three colleges, including the University of Arkansas; positions with two U.S. Senators and one congressman; and administrative positions in different colleges culminating in the vice presidency of Belmont College in Nashville. He retired in 2004 as the president of the William B. Cockroft Forum for Free Enterprise, an educational foundation. Along the way, he followed his passions by working at various radio and television stations, filling pulpits as a supply preacher, traveling both for pleasure and for mission work, and writing a weekly column for several years for The Covington Leader. He found great fulfillment as a husband for almost 60 years, as a father and grandfather, by teaching Sunday School and leading a prison ministry, and in discussing important topics with friends from around the globe via the internet. A lifelong and devoted Baptist Christian, he was an ordained deacon and licensed minister, and his final church membership was as a part of Trinity River Church in Fort Worth. He is survived by his wife of 59 years, the former Faye Elaine Wellborn; his son Wayne Lindsey Robbins, Jr. and his fiancé Kara Gamble of North Richland Hills; his grandchildren Wayne Lindsey Robbins III (Micah Lambert) of Waco, Carolyn Faye Robbins of Laurel, Maryland, and Annessa Kaye Robbins of Waco; brother Steve Robbins (Judy) of Dickson, Tennessee; and many loving nieces and nephews. A service of worship in memory of Wayne Robbins and upon his homegoing was held on Friday, April 16 at Lucas Funeral Home. Click here to watch the Recorded Service.

Wayne Lindsey Robbins, Sr. of Fort Worth passed away on April 8 after a fall and subsequent complications. He was 85. Born January 8, 1936 in Covington Tennessee, Robbins graduated from Byars Hall High School in 1954. He received his degree... View Obituary & Service Information

The family of Wayne Lindsey Robbins, Sr. created this Life Tributes page to make it easy to share your memories.

Wayne Lindsey Robbins, Sr. of Fort Worth passed away on April...

Send flowers to the Robbins family.