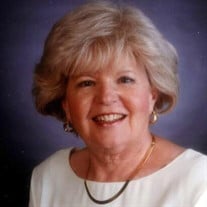 Wanda Summers, age 91, born July 24, 1930 in Oklahoma City Oklahoma and went to heaven on April 25, 2022 in Fort Worth Texas. My parents were Ida Jewel Fine Powers and John E. Powers. My father worked in the oil field servicing tanks and equipment. My mother taught school until she married my father. I had one sister younger than me. We were a close and loving family. Our lives revolved around the family and our church. My grandmother came to live with us shortly after the death of my grandfather. I was 5 years old. She was a strong influence on my life as were my mother and father. My childhood was very happy. I loved going to school and was a very good student. In junior high school and high school, I was in the band and pep clubs. It was here that I fell in love with my high school sweetheart, John Paul Summers, at the age of 16. This love has lasted 73 years. I attended Hills Business College in Oklahoma City. Accounting, typing and rapid calculations were my main classes. John attended Oklahoma University. After his graduation we were married in 1951. John began his career in the J.C. Penney Company where he would work for 40 years. I became a stay-at-home mom enjoying our three sons. As the years passed, we moved around a lot. We made many friends and enjoyed all the churches we were members of. After retirement we traveled and visited several countries on mission trips. John also taught will seminars in churches encouraging members to leave gifts in their wills for Christian work. Realizing we were now growing old, we decided to move into a Retirement Village and live out our remaining years there. Wanda is survived by her sons, Chris Summers and his wife Carol, Greg Summers and his wife Mary and Alan Summers and his wife Cathy; grandchildren, Cody Summers and his wife Kristi, Clint Summers and his wife Kristine, Carla Kabongo and her husband John, Matt Summers and his wife Stephanie, Valerie Thompson and her husband Zeke, Melody Casper and her husband Conner; great grandchildren, Luke and Adelynn Summers, Avery and Logan Summers, Noah and Nathan Kabongo, Isaac and Caleb Thompson, and Evelyn and Marilyn Casper; nieces, Pattie Goure, Susan Huguley and Jan Park; nephews, Charlie and Glenn Fischer and David Summers. She is preceded in death by her loving husband, John Paul Summers; parents, Ida and John Powers and sister, Mary Lou Fischer.

The family of Wanda Jo Summers created this Life Tributes page to make it easy to share your memories.

Send flowers to the Summers family.