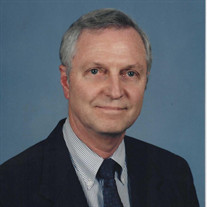 Walter was called home to the Lord on February 21, 2022 in Keller, TX at 88 years. He was born April 30, 1933 in Corpus Christi, Texas to B.G. and Lenora (Engelking) Cornelius of Agua Dulce, TX. He was Baptized at the First Lutheran Church in Orange Grove, Texas and his Confirmation was at Immanuel Lutheran Church in Alice, Texas. He graduated from Agua Dulce High School. After working briefly, he married his sweetheart Waldeen Hinze of Orange Grove, Texas. He entered the U.S. Army, completing Army-Air Force mechanic training in San Marcos, Texas. Walter was subsequently stationed at Fort Rucker Alabama where he taught helicopter and fixed wing mechanics. After fulfilling his military commitment, he used the GI Bill to study Petroleum Engineering at Texas Tech in Lubbock, Texas. While at Texas Tech, he served as President of Pi Epsilon Tau, a National Honor Society for petroleum engineering students. After graduation, he began his career as Field Petroleum Engineer with Skelly Oil Company in Kansas. His career progressed with promotions and multiple family relocations to Tulsa Oklahoma, Calgary Canada, Houston, Texas and New Orleans, Louisiana. During retirement he and Waldeen travelled extensively nationally and internationally. They returned to their Texas roots and moved to Keller Texas to be closer to their children and grandchildren. Known as both “Grandpa” and “Pop-Pop” he was a very popular playmate, being known for his sweet tooth and many special coffee breaks with his grandchildren. Walter was active in community and church service throughout his life, serving the Lord. He was preceded in death by his parents and his three brothers, Lawrence, Floyd, and Douglas. He is survived by his wife Waldeen, married to her 68 years, and their three children Sheri Lara (Paul), Chris Eagleston (Matthew) and Craig Cornelius (Kate), 6 grandchildren, and 10 great-grandchildren. If you wish to make a memorial gift, the family has suggested gifts be directed to Messiah’s Altar Guild Fund or you can make donations to the Alzheimer's Association of North Texas at https://www.alz.org/northcentraltexas. You may use the attached QR code to make a donation, or otherwise through the Church Office. Christian Services: Messiah Lutheran Church in Keller, TX on Saturday, February 26, 2022 Visitation at 1 p.m. Funeral Service at 2 p.m. Reception in Church Fellowship Hall following service The Sons of Hermann Cemetery in Orange Grove, Texas on Monday, February 28, 2022 Burial at 2 p.m. Reception following at First Evangelical Lutheran Church in Orange Grove In lieu of flowers donations may be made to: Messiah Lutheran Church - Altar Guild 1308 Whitley Road Keller, TX 76248 https://www.messiahkeller.org/home Or Alzheimer’s Association of North Texas https://www.alz.org/northcentraltexas

Walter was called home to the Lord on February 21, 2022 in Keller, TX at 88 years. He was born April 30, 1933 in Corpus Christi, Texas to B.G. and Lenora (Engelking) Cornelius of Agua Dulce, TX. He was Baptized at the First Lutheran Church in... View Obituary & Service Information

The family of Walter D. Cornelius created this Life Tributes page to make it easy to share your memories.

Send flowers to the Cornelius family.