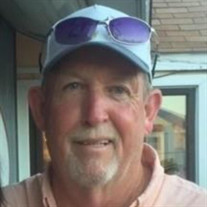 Wallace (Wally) Eugene Coulter, 69, went to be with our Lord and Savior on Sunday, March 13, 2022, at 4:11am in Haslet, Texas. Wally was born in Brownwood, Texas on September 27, 1952 to Cornelia Imogene and Walter Jack Coulter. Wally has 2 sisters, Sherry Lynn and Sandra Dee. He was united in marriage to Betty Sue Fisher on February 16, 1979 at Polytechnic United Methodist Church in Fort Worth, Texas by the Reverend Scott Youngblood. Wally spent the early part of his childhood growing up in Comanche, Texas. His love for the outdoors was cultivated in his early life. He learned how to fish and hunt with his father, uncles and cousins and thoroughly enjoyed the freedom of childhood that living in the country brought. At the age of 61/2, his family moved to Fort Worth. He attended and graduated from Diamond Hill-Jarvis High School on the city’s north side in 1971. He worked at Central Soya at Burris Mills in Saginaw in the mid to late1970’s. Shortly before marriage to Betty in 1979, he secured a job at Texas Electric Power Plant (Exelon) in Handley on Lake Arlington. He remained there as a Senior Plant Operator until his retirement in 2017. Wally was an avid outdoorsman and he loved to hunt and fish year round. If he wasn’t sitting in his shop piddling, he was out on the boat, at the lease or walking around Cabelas. Wally was a devoted PawPaw as his granddaughters called him. They loved to climb up in his big old brown leather chair and steal his seat anytime he got up or just climb up and love on their PawPaw. If PawPaw was in his shop and the girls were outside, it was just a matter of time before they made their way into the shop and up on PawPaws boat to play. He was crazy about his girls. Wally is preceded in death by his parents, grandparents and his sister Sherry Lynn Summers. Those left behind to cherish his memories are his wife of 43 years, Betty, his daughter Alexandra (Allie) and husband Josh, his grandchildren Mia and Mackenzie; his sister Sandra and husband Buddy, Carolyn Christina Salazar and many more aunts, nieces, nephews, cousins and friends. Special thanks to Hospice Plus and Compassionate Care for the loving care they gave in his time of need: Jason, Sola, Maribel, Evelyn, Carlotta, Karen, Adam, Scott, and Mary Claire Lowrance (Spiritual Coordinator). Celebration of Wally’s life for family and friends will be Friday, March 18th, 2022 from 5pm to 7pm at Lucas Funeral Home, 1601 South Main Street in Keller Texas. In lieu of flowers, please donate to your favorite charity or the American Cancer Society.

Wallace (Wally) Eugene Coulter, 69, went to be with our Lord and Savior on Sunday, March 13, 2022, at 4:11am in Haslet, Texas. Wally was born in Brownwood, Texas on September 27, 1952 to Cornelia Imogene and Walter Jack Coulter. Wally has 2... View Obituary & Service Information

The family of Wallace "Wally" Eugene Coulter created this Life Tributes page to make it easy to share your memories.