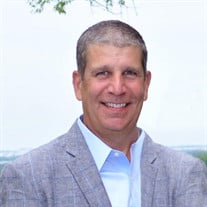 Vincent “Vince” Wayne LaGrange, 54, went home to be with the Lord on November 14th, 2021. Vince was born in Louisville, KY, on December 22nd, 1966, to Wayne and Dorothye LaGrange. Growing up in Jeffersonville, IN, his brothers Mick, Kelly, and Kevin were his very best friends. He loved to tell stories of their mischievous adventures and his stories often ended in belly laughs by all. Vince loved his family and friends, and found great joy in helping others. One of his favorite jobs as a teenager was working for a pharmacy delivering medication to the elderly and spending time with them. He graduated with a bachelor’s degree in Broadcast Journalism from Indiana University in 1990 where he met Kathy, his wife of 29 years. In 1995, he and his family moved to Texas where he enjoyed a great career in software sales. He loved spending time with his two children, Alex (26) and Lizzy (24). Some of his favorite memories involved coaching them in baseball, softball & basketball. He enjoyed many hobbies including golf, basketball, fishing, biking & playing guitar. Vince was known for his sense of humor, kindness and generosity. He was a great husband, father, son, brother and friend. There aren’t words to describe how much he will be missed, but we are comforted with the knowledge that he is at peace and in the presence of Jesus Christ. A service will be held at E.M. Coots’ Sons Funeral Home in Jeffersonville, IN, on December 4th. Visitation will begin at 10:30am, followed by a memorial service at 12:00 pm. A second service will be held in Texas at a later date. In lieu of flowers, we ask that you consider making a charitable donation to an organization that helps those who are struggling with mental health and alcohol addiction.

The family of Vincent Wayne LaGrange created this Life Tributes page to make it easy to share your memories.

Send flowers to the LaGrange family.