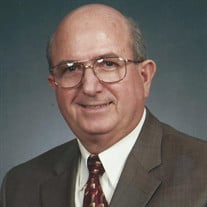 On Tuesday, March 2, at 10:30 AM , Thomas DeVane McGee transitioned peacefully to his heavenly home surrounded by his family, ending his battle with brain cancer. DeVane was born in Panama City, Florida, September 18, 1947 to J. T. and Helen McGee. DeVane was an amazing husband, father, and “Papa” to his grandchildren. DeVane met his wife, Mary Jarman, in high school and they became good friends. He and Mary graduated from Rutherford High School in 1965 and they married in August 1967. They had two children: Kelly Denise Ball and Kevin Bruce McGee. DeVane was called to be a minister at the age of 6 and was called to be a missionary at the age of 16. He continued to pursue that call as he pastored churches in North Carolina and South Carolina and served as a missionary in Sierra Leone, West Africa, beginning in1976. DeVane had a passion for ministry and missions. DeVane had a very outgoing personality and he loved people, loved to have fun, and was known for his humor and his jokes! He also loved to be loud and was known in Sierra Leone as the “holler holler” man. He and Mary served 40 years as Assembly of God missionaries. During those 40 years, his life touched so many through his ministry in Sierra Leone, ICI University (now Global University), Africa’s Children, Fire Bible, Africa’s Hope, and Liberia. Right before DeVane and Mary retired, they were asked to go to Liberia to help the church there recover from the years of civil war which had destroyed so many churches and Bible schools. During those three years In Liberia, DeVane and Mary hosted teams from the US to rebuild Bible schools and churches. It was a joy to be able to end their missionary career on the African continent. DeVane is survived by his wife, Mary, and his daughter and her husband, Kelly and Chuck Ball, his son and his wife, Kevin and Robin McGee, and his five grandchildren: Mary Noelle McGee, Christina Shea McGee, Jonathan Thomas McGee, Joseph Walker Ball, and Meredith Denise Ball (who shared the same birthday with her “Papa”). He is also survived by his brother Ron McGee and wife, Norma, as well as cousins, nieces and nephews. DeVane was so proud of his children and grandchildren as they all serve the Lord. His life and ministry touched many around the world, but he was so grateful that it also included his children and grandchildren. Thomas DeVane McGee will be greatly missed. The McGee family has set up a memorial fund for scholarship for Bible school students in Sierra Leone in lieu of flowers. Here is the link through Assemblies of God World Missions if you would like to donate in honor of DeVane. Please write in the comment area: "DeVane McGee Memorial Scholarship". Thank you very much. http://s1.ag.org/devanememorial For the service at the church, masks will be required for the entire service. Thank you.

On Tuesday, March 2, at 10:30 AM , Thomas DeVane McGee transitioned peacefully to his heavenly home surrounded by his family, ending his battle with brain cancer. DeVane was born in Panama City, Florida, September 18, 1947 to J. T. and Helen... View Obituary & Service Information

The family of Thomas DeVane McGee created this Life Tributes page to make it easy to share your memories.

Send flowers to the McGee family.