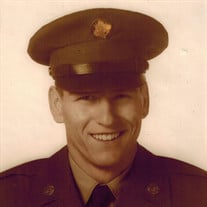 Dr. Terrell “Terry” Rudolph Hoage, 86, born August 12, 1934, passed away on Saturday, February 13, 2021, after a full life and while facing the challenges of MDS head on. As the youngest child of Henry and Hazel Hoage, Terry learned early in life what it took to achieve great things. As a recipient of athletic and academic scholarships, he graduated from Parsons College and was the first in his family to attain a post-graduate degree, eventually earning a Doctorate of Philosophy in Entomology and Genetics from Iowa State University in 1964. In August 1957, he married Mary Lee Reneker, and they ventured together into new worlds and experiences as Terry served in the U.S. Army. Certainly, a young Iowa couple would see San Antonio as a “new world.” The two would find their way back to midwestern states as Terry gained experience teaching in both high school and higher learning institutions. In the late 1960’s with a growing family, Terry took a position on staff with Sam Houston State University where he would stay until retirement in the 1990’s. Terry never stopped being scientifically minded and would apply his spirited and focused mindset and strong back toward any variety of projects, excursions, or supportive needs. Dr. Hoage is survived by his wife of 63 years, Mary Lee; his two sons, Terry and wife Jennifer of Paso Robles, Jay and wife Kim of Fort Worth; and four grandchildren, Chris, Natalie, Lindsey, and Jake. While no services are planned, your comments are welcome in the tribute to Terry available via the Lucas Family Funeral Homes website. In lieu of gifts or flowers, please make an extra donation to the charitable organization of your choice.

The family of Dr. Terrell "Terry" Rudolph Hoage created this Life Tributes page to make it easy to share your memories.