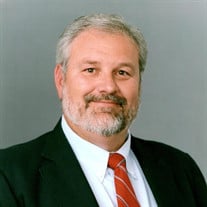 Stormy Joseph Starr was born in Fort Worth, Texas on October 10, 1945 to Jack Thomas and Murelyn Butz Starr, and passed away peacefully on March 12, 2022, in Carrollton, Texas. Stormy attended St. George Catholic Elementary and Middle School, Laneri High School and graduated from Nolan High School. While in high school, Stormy played baseball and football. In his later years, he always looked forward to regular lunches with fellow St. George, Laneri and Little League baseball friends. While in college, Stormy began work in the helicopter industry, a career that he enjoyed until the end of his life. In 1967 he joined Bell Helicopter and in 1969 he moved to Cooper Airmotive where he worked in engine test cells and became a field service technician specializing in the Allison 250 engine. Cooper Airmotive later merged with other aviation businesses to form Aviall where Stormy worked in many roles over the years, including Sales and Service Manager, Director of Operations and Director of Sales and Service. In 1994, Stormy founded Cherokee Products, Inc., a helicopter parts distribution and engine advisory company. Throughout his career, Stormy enjoyed working with customers and suppliers and was considered one of the most knowledgeable technical experts on the Allison 250 engine later rebranded as the Rolls Royce 250. Stormy always tried to support his customers with innovative and timely solutions for their helicopter operations. He had many industry friends and was certainly well known in the helicopter service world and was proud to be a member of that industry community. Stormy had a big and giving heart and loved helping others. From bringing groceries to employees when they had a family challenge or giving people money during difficult times, all with no expectation of anything in return. Stormy loved to have a big garden and give away tomatoes, squash and other vegetables to family and friends. He also enjoyed old cars, fishing and bird hunting, watching sports and western movies. Stormy loved his family and especially his grandkids. He attended as many of their events as possible and gave them compliments on how they performed or called them later to let them know how much he enjoyed watching them that day. He loved to surprise his grandkids with dozens of doughnuts on weekend mornings – they affectionately called him the doughnut man. Stormy was preceded in death by his parents and his brother-in-law, David B. Martin. He is survived by his two sons, Russell Joseph Starr and wife Kristine, and Ryan Joseph Starr. His grandchildren, Taylor, Jackson and Nathan Starr, Kylee White and Sadie Starr, meant the world to Stormy. He is also survived by his brother, Stacy James Starr and his wife Cindy, and his sister, Shelley Marie Starr. In lieu of flowers, please consider a donation in Stormy’s memory to Nolan High School, 4501 Bridge Street, Fort Worth, Texas 76103, www.nolancatholic.org. Cremation and burial arrangements are under the direction of Lucas Funeral Home, Keller. Memorial service will be held at Lucas Funeral Home on April 23, 2022 from 9-11 am at 1601 South Main Street, Keller, Texas 76248.

The family of Stormy Joseph Starr created this Life Tributes page to make it easy to share your memories.

Stormy Joseph Starr was born in Fort Worth, Texas on October...

Send flowers to the Starr family.