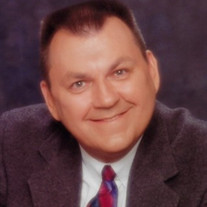 Colleyville, Texas – Stanley John Pirzchalski, 83, beloved father and grandfather, passed away on Saturday, May 7, 2022. Stan was born on April 28, 1939 in Baltimore, Maryland to Jennie Pirzchalski (nee Wroblewski) and Stanley W. Pirzchalski. He attended Calvert Hall College High School in Baltimore and went on to La Salle College in Philadelphia, Pennsylvania graduating in 1961 with a Bachelor of Arts in Pre-Law. Throughout school he was an active member of the Glee Club and The Masque, a theatre arts club, starring in several leading roles. Stan had a beautiful voice and became an avid lover of opera. Early on, Stan embraced technology. In the 1970’s, he installed a mainframe computer in his basement and started a data processing business, which serviced clients including NASA, Social Security, and Head Ski. Later he changed his focus to the banking world. He worked for Mercantile Bankshares as vice president for several years before moving to Houston, Texas in 1980, where he joined Bank of the Southwest to help pioneer the technology that gave birth to modern ATMs. He retired due to health issues after a successful career in data processing with MCorp, EDS, and MBNA. While at Bank of the Southwest he met Karen Snyder. They were married in 1987 and soon after moved into their forever home in Colleyville. Shortly after marriage, Stan asked Karen if he could “play” with some trains. To his surprise, Karen was delighted and went on to explain how she wasn’t allowed to play with trains as a girl but had always wanted to. At that moment, they laid the track work for an adventure in model railroading that would involve the transformation of their home into one of the best HO scale model railroad layouts in Texas. Their layout, named the MDAK Railroad (My Darling Angel Karen), was a uniquely expansive world that was reminiscent of Stan’s childhood through the 1940’s and 50’s. The railroad grew over 25 years into an amazing miniature world of buildings and track nestled in a mixture of terrain including mountains, bridges, waterfalls, cities and more. Buildings and places are named in honor of family and friends. In 2000, Stan and Karen decided to share their labor of love and invited friends and neighbors to a Christmas Open House to view the trains. The subsequent years marked a Christmas tradition bringing over 2800 people from all over the world to see the railroad. They saw this as an opportunity to give back to the community. Stan would say, although not required, “the price of admission is an unwrapped toy.” At the end of the day, all the toys would be donated to Grace Charities in Grapevine to help children in need. In 2012, Stan opened his home as a participant for the 28th annual Colleyville Woman’s Club Holiday Home Tour, which benefited local charities. Stan served as vice-president for one term of the Lone Star Region of the National Model Railroad Association and was a lifetime member of both organizations. He earned the title of Master Model Railroader, MMR #639. His railroad was always a favorite stop during local railroad conventions. Stan also contributed to another of his passions, the opera, where he served on the Executive Board of Directors for the Fort Worth Opera for several years. He also hosted several opera singers in his home while they performed at the Fort Worth Opera. He established the Karen Pirzchalski Scholarship Fund in memory of his late wife. The Casa Mañana Performing Arts Conservatory grants recipients a scholarship to study the art of theatre at Casa Mañana. Stan’s contributions to the arts, charities, and model railroading will leave a lasting mark in history. However, it is the friends and family who knew him best who will forever be enriched by having him in their lives. He will be greatly missed and live on in our hearts. Survivors include daughters Susan Pirzchalski and husband, Dr. Kino Coursey, of Colleyville, Lisa Pirzchalski of Colleyville, and Lynda Blanton of Watauga; grandsons Cameron Brown of Colleyville and Christopher Leadingham of Watauga; Mother-in-Law LaMoyne Snyder of Watauga; sister Deanna Gochnauer and husband, Sterling, of Pennsylvania; and 4 nieces and 3 nephews. A visitation will be held at 5:00 – 7:00 p.m. at Lucas Funeral Home in Grapevine.

The family of Stanley John Pirzchalski created this Life Tributes page to make it easy to share your memories.