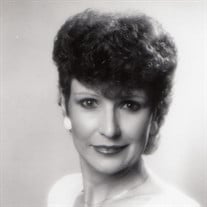 On Wednesday, January 26th at 2:12 pm took her last breath here on Earth while ascending into her final heavenly splendor with her Lord and Savior Jesus Christ and the many loved ones who preceded her in death. Sandra Gale Knight Roberts was born in Fort Worth, Texas on November 19, 1940 to Ora Faye Wilson and Earl Nathan Knight. She was raised in Fort Worth and ended her schooling at Polytechnic High School. She later met her soulmate at a YWCA dance in Fort Worth and after one dance, he never let her go—John and Sandra married 2 years later December 28, 1963. They recently just celebrated their 58th wedding anniversary. While walking in downtown Fort Worth at the tender age of thirteen up and down the streets shopping, she was discovered as a beauty and began modeling for local ads in paper and eventually modeling in catalogs for Monnigs, Leonard’s, The Western Horseman and many other places eventually for John Robert Powers Agency. Sandra attended school for cosmetology at The Bobbi Brown Cosmetology School and eventually owned her own business with her husband in Hurst called The Beauty Factory. Her life song has been one of laughter, joy, ups, and downs, but to have met her was to become an instant friend and one she instantly prayed with. Younger days were spent on her knees; her more seasoned days were spent in the wisdom that prayer can be done anywhere. Sandra will always be remembered for her humor, compassion, empathy, love of cats, service to others; in time, prayer, shut-ins, singles group, children, giving to the needy and so much more. Sandra is survived by her best friend and groom of over fifty-eight years, John Roberts; her daughter, Debbie and her husband, Jeff Roa of Wichita Falls, Texas; her granddaughters, Velvet Trotter and her husband, Sean Zamora of Arlington, TX, and Angela and her husband, Roby Potts of Wichita Falls, TX; grandsons, Jeremy Nowlin and his wife, Stephanie of Burleson, TX, John Roa and his wife, Alicia of Walters, OK; 7 great-granddaughters, Elizabeth, Maren, Ella, Bella, Becca, Brooklyn, Lilly, and Alexus; 3 great-grandsons Cooper, Tristen, and Blake; 1 great-great-grandson, Castiel; nieces, nephews, cousins, and a friend to all who is reading. She would want you know you are loved and there is a God who loves you too. John 3:16. Visitation will be from 5:00 to 7:00 P.M., on Sunday, January 30, 2022 at Lucas Funeral Home in Hurst. Funeral service will also be at Lucas Funeral Home at 10:30 A.M., Monday, January 31, 2022 followed by interment at Bluebonnet Hills Memorial Park in Colleyville.

On Wednesday, January 26th at 2:12 pm took her last breath here on Earth while ascending into her final heavenly splendor with her Lord and Savior Jesus Christ and the many loved ones who preceded her in death. Sandra Gale Knight Roberts was... View Obituary & Service Information

The family of Sandra Gale (Knight) Roberts created this Life Tributes page to make it easy to share your memories.

Send flowers to the Roberts family.