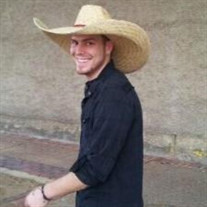 Our beautiful son, Ryan Austin Terrasa, was a caring son, brother, cousin, uncle, and friend with a heart full of compassion for all. He left this world unexpectedly following a long and devastating battle with alcoholism on October 29, 2021... View Obituary & Service Information

Send flowers to the Terrasa family.