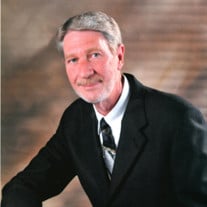 Roger Gary Danford entered into the Kingdom of Heaven with our Lord and Savior on Saturday, October 16, 2021, in Fort Worth, Texas, surrounded by his loved ones. Gary was born January 29, 1954, in Fort Worth, Texas, to Roger and Dorothy Danford. He grew up in Haltom City, Texas, where he graduated from Haltom High School. He was a faithful follower of Christ and put Him first in his life. He was a loving husband and father who placed his family above everything else. Gary was a dedicated employee of Mica Corporation for 35 years where he met his beloved wife, Carla. Gary was a mentor and role model to many people and touched many lives. He found great pleasure enjoying God’s creation being outdoors camping, fishing, bird hunting, gardening and traveling. His other passion was restoring his 1979 Ford Bronco in which he enjoyed many “adventures”. Gary was preceded in death by his parents, Roger and Dorothy Danford. He is survived by his loving wife of 33 years, Carla Danford, of Fort Worth; children, Danny and Claire Danford of Charlotte, North Carolina, Jason and Elizabeth Danford of Rockwall, Texas, Lindsay and Jason Cobb of Lewisville, Texas, and Lisa and Jeff Clark of Wimberley, Texas; eight grandchildren, Carter, Lena, Ben, Annalee, John Myles, Brannon, Austin, Rebeka; and four great-grandchildren.

The family of Roger Gary Danford created this Life Tributes page to make it easy to share your memories.

Roger Gary Danford entered into the Kingdom of Heaven with our...

Send flowers to the Danford family.