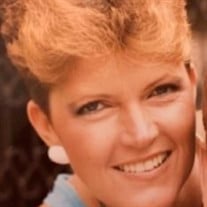 On Wednesday, February 3, 2021, Rebecca Ann Chambers Watson (“Becky”), passed away in Fort Worth, Texas, at the age of 68. Rebecca was born in Center, Texas, to A.D. and Margrete Chambers. She was a 1970 graduate of Bridge City High School. She was preceded in death by her father, A.D., and her mother, Margrete; sister, Gail Chambers Jones, and brother, Gerald Chambers. Those left to cherish her memory are her loving husband, Harold Watson, of Fort Worth; daughter, Jill Jay, and son, Cory Jay, both of Orange; sister, Mattie Chambers Goza, of Bridge City; brothers, James Chambers and wife, Aggie of Milam; and Henry Chambers and wife, Patsy, of Bridge City; 5 grandchildren, and numerous nieces and nephews. Becky will be missed greatly by all those who knew and loved her. Per her wishes, there will be no services. “Goodbyes are not forever, they are not the end; It simply means I’ll miss you, until we meet again...”

The family of Rebecca Ann Chambers Watson created this Life Tributes page to make it easy to share your memories.

Send flowers to the Watson family.