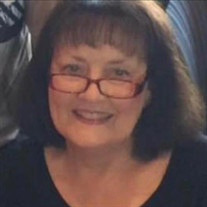 Phyllis was born in Brownwood, TX on June 20, 1947 to parents, Howard and Dolores Preslar. She spent her early years in 4H, showing cattle and received the distinguished Grand Champion honor on many of her steers. She was the first female to win the Showmanship award at a major livestock show. She was also voted FFA Sweetheart. After growing up in Borger, TX, Phyllis married and lived briefly in San Diego, CA, where her daughter, Misty was born. She soon returned to Borger to live for a couple of years, where her career with Phillips Petroleum began. She later moved to Bartlesville, OK with her family, where she continued to work for more that 20 years for Phillips. In 1992, Phyllis transferred to Houston, TX with Phillips' subsidiary, GPM Gas Corporation. A few years later she retired, shortly after the birth of her first grandchild in 1998, so she could move back to Oklahoma and enjoy being a grandmother. She later moved with her kids to New Orleans, LA, where she began a career with the University of Phoenix. While employed with UOP, Phyllis went back to school and earned her bachelor's degree, something that had always been a special goal of hers to achieve. Phyllis returned to the Houston area in 2007 with the kids and worked for UOP for several years before officially retiring. She spent her last few years living in the Dallas area, in the city of Carrolton. Because of her love of both the Lord and her community of Borger, Phyllis was instrumental in the creation of Bulldog Nation to give financial and emotional assistance to those in need. She was also instrumental in founding the Borger Prayer Warriors, a Facebook prayer group. Phyllis was preceded in death by her parents, Howard & Dolores Preslar and her brother, Howard (Sonny) Preslar; SURVIVORS: Daughter, Misty Shibley and her husband, John of Conroe, TX; 4 amazing grandchildren whom she adored, Dawson, Dillon, Duncan and Kayla Shibley, all of Conroe, TX; sister, Patricia Preslar Richardson of Scottsdale, AZ; nephew, Ryan Richardson of Scottsdale, AZ; her companion, Fred Payne and his son, Jacob Payne of Carrollton, TX and friends, her amazing "Fab Five" (Cyndy, Sharon, Janie & Debi) along with Mike Plumlee; her life-long friend from Buena Vista, Pat Grubbs Chase and everyone from her hometown of Borger, TX that she prayed for, laughed with and kept up with every day; and her friends and coworkers from UOP that she still kept in touch with all of these years. SERVICE: A Celebration of Phyllis' life is being planned and further information regarding the date and location will be announced. MEMORIALS: In lieu of flowers, please consider donating to Bulldog Nation. Checks should be made to Mike Plumlee and mailed to 50 N. Timber Top Drive, The Woodlands, TX 77380. Donations can also be made in Phyllis' name to the National Kidney Foundation or American Kidney Fund.

Phyllis was born in Brownwood, TX on June 20, 1947 to parents, Howard and Dolores Preslar. She spent her early years in 4H, showing cattle and received the distinguished Grand Champion honor on many of her steers. She was the first female... View Obituary & Service Information

Phyllis Ellen Preslar Beamguard, 74, passed away on May 4, 2022 in North Richland Hills, TX