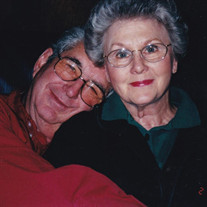 Norma Jo “Tomi” Frie was born on February 4th, 1936 at home in New Hope, Texas. She was born to parents, Earl Alonzo Phillips and Willetta Allene Pike Phillips. Tomi was the third child born into the Phillips home and would welcome four additional children over the coming years, for a total of seven Phillips children. She graduated from Wichita Falls High School in 1954, where she developed a life-long love of learning. Tomi and Bert married on Sept 04th, 1954 in Bellevue, Texas. They were married for 67 years. Soon after their marriage, she realized that she needed a personal relationship with Jesus Christ. She committed her life to Him and the Lord began a good work in her. They welcomed their first child, Patrica Jean “Paddi” Frie in December of 1955. Their second child, Jeffery Dale Frie was born in August of 1961. Daryl Lee Frie, the third and last child, was born in February 1969. Tomi had a full life and often noted how blessed she was. She entered this life on February 4, 1936 and went to Heaven on October 29th, 2021. From their three children, they were delighted to have eleven grandchildren and fifteen great-grandchildren. She was preceded in death by her mother, Allene Phillips (1915-2009), her father, Earl Phillips (1911-2007), daughter Paddi Frie Price (1955-1998), brother Billie Phillips (1933-2007) and sister “Bunny” Phillips Pepper (1937-2021). Left behind to cherish the host of memories are her husband Bert, two sons Dale and Lee Frie, grandchildren Maghan Price Spring, Lora Brooke Coday, Jordan Taylor Price, Hayley Elizabeth Price Zeigenhorn, Nathan Poe, Natalie Poe, Emory Frie, Madison Frie, Sydney Frie and Kendra Frie, fifteen great-grandchildren, sisters Jean Phillips Caudle, Gail Phillips Yeakley, Freida Phillips Perry and Sherry Phillips Belcher as well as a host of nieces, nephews, friends and loved ones. Tomi worked for Bell Helicopter from 1962 until she retired in 1994. Her working years were characterized by mothering, clearing a path for women in the work force, meals on the table everynight, volleyball league, the Friday night “gang,” kids and grandkids, extensive travelling, working on the cabin, fishing, cleaning & frying fish, as well as preparing for many family gatherings. In later years, she continued to be purposeful with her study time of God’s Word and applying it to her own life and the encouragement of others. In lieu of flowers, a memorial page online has been set up to receive funds for Samaritans Purse “The Greatest Journey.” https://sampur.se/3bEcQPQ

Norma Jo &#8220;Tomi&#8221; Frie was born on February 4th, 1936 at home in New Hope, Texas. She was born to parents, Earl Alonzo Phillips and Willetta Allene Pike Phillips. Tomi was the third child born into the Phillips home and would welcome... View Obituary & Service Information

The family of Mrs. Norma Jo "Tomi" Frie created this Life Tributes page to make it easy to share your memories.

Send flowers to the Frie family.