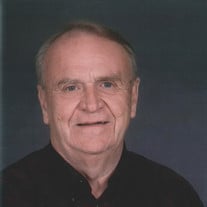 Milton Bird Ryan, of Keller, Texas passed away on October 28th, 2021, at the age of 85, after a struggle with complications from COVID-19. He died peacefully at Baylor Scott & White Medical Center in Grapevine with his wife, children, and a grandson at his side. Milton was born on December 28, 1935, in Wenatchee, Washington to Albert and Virginia (Bird) Ryan. His early childhood was spent in the logging town of Kinzua, Oregon, but by 1943, his family moved to The Dalles, Oregon, where his father established a small dairy. Times were not easy, but growing up on the farm, Milton developed a strong body, a solid work ethic, and a deep faith in God. A hard worker, he spent his mornings milking cows long before sunrise and delivering the milk before heading to school each day. That work ethic served him well as he eventually crossed the country to attend Bob Jones University in South Carolina. There he delivered newspapers to pay his way and enjoyed playing collegiate soccer in his limited free time. After two years at Bob Jones, Milton returned to the Pacific Northwest, enrolling at Lewis & Clark College in Portland, Oregon. He was awarded a Bachelor of Science degree in Economics and Business Administration in 1960 and left his school years blessed with lifelong friendships. Not long after graduation, Milton moved to Los Angeles and joined Mobil Oil, working in their credit department. It was during his early days at Mobil that he met the lovely young woman in the secretarial pool who would steal his heart, Beverly Brummel. Their first date was a Roger Williams concert at the Hollywood Bowl; soon after, on their third date, he proposed. They married in La Habra, California on April 28, 1962, one day after Beverly’s twenty-first birthday. After six beautiful years together, they welcomed a son, Barry, followed three-and-a-half years later by a daughter, Jennifer. Not a man to ever sit idle, Milton was an avid investor, always keeping an eye on the current and future needs of his family. After an entrepreneurial venture in Montana with his brother, Paul, Milton decided to return to Mobil Oil as an auditor and relocated to Olathe, Kansas in 1975. As the years passed, Milton enjoyed sharing the natural beauty of the American West with his young family through annual summer road trips to see family all along the West coast. Milton’s ability to drive basically straight through from their home in Kansas to Los Angeles, California in under 30 hours is a stand-out memory for the entire family. In 1982, work transferred Milton and family to Keller, Texas, where the family learned to love the Lone Star state and the wonderful people they met there. Milton continued working at Mobil Oil, later Exxon Mobil, for 35 years, finally taking his well-deserved retirement in 1995. It took him a while to get the hang of being retired, but he found great pleasure in watching his grandsons grow up, traveling abroad with Beverly, and worshiping with his church family at White’s Chapel, UMC. Milton Ryan was a humble but remarkable man as evidenced by the impact he made on the lives of family and his friends. To his family, he was a fine example of a husband, father, and grandfather; a loving and generous provider; a patient mentor, and a living example of Christ’s love on earth. We will forever be inspired by his compassion, his generosity, his perseverance in the face of adversity, and his deep abiding faith. He was our strength and our shield, and we shall miss his physical presence in our daily lives beyond measure. Go rest high upon that mountain, Milton, and enjoy the blessings of heaven you stored up from living a truly wonderful life. We love you forever and look forward to seeing you again in heaven. “Precious in the sight of the Lord is the death of his saints” Psalm 116:15 Milton is preceded in death by his parents, Albert Luther Ryan and Virginia (Bird) Ryan; his brothers, Paul Ryan and Lawrence Ryan; and sister, Miriam (Ryan) Doblie. Milton is survived by his loving wife of 58 years, Beverly (Brummel) Ryan of Keller, Texas; children, Barry Ryan of Wylie, Texas, and Jennifer Ryan of Denver, Colorado; grandchildren Austin Ryan and daughter-in-law Joleyne (Herring) Ryan, Chase Ryan, and Jackson Ryan; his sister, Beverly (Ryan) Francis, of Alpine, California, and brother, Ronald Ryan, of Centralia, Washington; along with a host of beloved nieces and nephews. A visitation will be held at Lucas Funeral Home in Keller, Texas on Thursday, November 4, 2021, with a celebration of life service the following day, November 5, 2021, also at Lucas Funeral Home. Milton’s final resting place will be at Bourland Cemetery in Keller, Texas. At 2 p.m. on Friday, November, 5, 2021. Click here to watch the Recorded Service. In lieu of flowers, the family requests that donations be made to the Wounded Warrior Project or The International Fellowship of Christians and Jews, just two of the many charitable organizations that Milton supported.

Milton Bird Ryan, of Keller, Texas passed away on October 28th, 2021, at the age of 85, after a struggle with complications from COVID-19. He died peacefully at Baylor Scott & White Medical Center in Grapevine with his wife, children, and a... View Obituary & Service Information

The family of Milton Bird Ryan created this Life Tributes page to make it easy to share your memories.

Send flowers to the Ryan family.