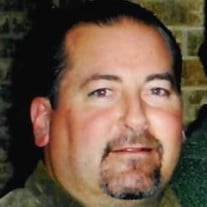 “But we had to celebrate and be glad, because this brother of yours was dead, and is alive again. He was lost and has now been found.” Luke 15:32 Michael Galen Jones was born on January 27, 1964 to Roy B. and Sara Beth Jones in Bellaire, Texas and left this earthly life on January 25, 2021. He grew up in Houston, later moved to Lubbock where he attended school until his freshman year in high school. He graduated from Brownfield High School in 1982. After graduation from BHS, he attended Texas A&M University. He was an Aggie through and through. He was a member of the class of ’86, graduating with a degree in Finance. While at A&M, he was involved in Fish Aides, Conference on Student Government Associations, and was a Fish Camp counselor, recreation coordinator, and then assistant director. Mike developed lifelong friendships during his time at A&M. He loved sports. He played golf, baseball, basketball and tennis. He excelled at all. Later in life, he found himself on the sidelines, supporting Nick and Natalie at whatever they were doing. Sports always had a way of finding its way back into his life. During his adult life, Mike worked for Fidelity Investments and in pharmaceutical sales. His favorite job of all was as the Golf Pro at Woodhaven Country Club where he acquired a second family. He had many sales jobs in his life. His God given gift of never really meeting a stranger gave him much success in the tough world of sales. Mike had a love for the “well, isn’t it a small world” moments. He always tried to find that connection with people. This is due in no small part to being the “Judge’s” grandson. Judge Chesshir taught him how to greet people and make them all feel important. Mike proudly took on his role as a big brother to Brent and Carol. But, of all the things he did in life, and all the titles he held, far and away his favorite title was “Uncle.” He loved his nephew and niece, Nick and Natalie, like they were his very own. Mike was preceded in death by his father Roy Butler Jones, Jr. and by his grandparents Herbert and Nan Chesshir, Harlan and Doris Mason, and uncle and aunt Jeff and Carol Chesshir. He is survived by his mother and Step-Dad Beth and Tommy Mason of Brownfield, his brother and sister-in-law Brent and Suzy Jones of North Richland Hills, sister Marcia Mason and sister and brother-in-law Carol and Kyle Kelly of Lubbock. He is also survived by his nephew and niece, Nicklaus and Natalie Jones. Mike is also survived by numerous cousins, and friends that were considered family, and by Suzy’s family who welcomed him into their family as their own. Mike’s life, though short, was full of love and support from family and friends who always stood by him and offered help when help was needed. No matter what the circumstance, Mike never had to doubt that he was loved. In lieu of flowers, the family requests that memorials be sent to the Texas A&M Foundation, 401 George Bush Drive, College Station, Texas 77840. Please designate the Aggie Muster Endowment in memory of Mike Jones ‘86. Gifts may be made online at: Give.am/SupportAggieMuster A celebration of life service for Michael will be held at 2:00 P.M., Friday, February 12, 2021 with Walt Waiser officiating. Please follow the link below to watch the video of Michael's Celebration. https://video.ibm.com/channel/23847896/video/orkx4e2EXm

“But we had to celebrate and be glad, because this brother of...

Send flowers to the Jones family.