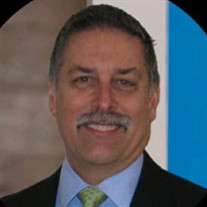 The family of Michael Joseph Dellies created this Life Tributes page to make it easy to share your memories.

Michael Joseph Dellies, 61, of Hurst lost his battle with COVID-19,...

Send flowers to the Dellies family.