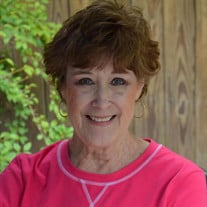 Mary Hallam Cole Cleary Maund, age 86, went to be with her Heavenly Father on Monday, February 28, 2022. Mary was born on May 4, 1935 in Washington, Pennsylvania to Emma Ruth Hallam Cole and Robert Edward Cole. In her early 20s, Mary worked as a flight attendant for Eastern Airlines based in Miami when she met William Russell Cleary. They quickly fell in love and married in 1960. Mary and William were blessed with two children, William Russell Cleary Jr. and Kevin Michael Cleary and were married for 51 years. After raising her children, she began working as a preschool teacher and later, at Farris Chiropractic Clinic in Longview, Texas for many years. After losing her youngest son, Mary attended and later helped support a grief group for those with deceased children. Decades later, after the death of her husband Bill, she once again attended grief support. While there, she met widower Paul Maund and they married a year later. Mary and Paul were happily married for almost nine years and they enjoyed many trips and cruises visiting friends and enjoying the sites. Mary was blessed with three grandchildren, Brice, Breanna and Brett, and four great-grandchildren, Cass, Crew, Collins and Cole. Mary spent many years having card nights with friends and enjoyed teaching her grandchildren how to play cards when they were young. As a lover of sweets, Mary was known to enjoy breakfast pastries, deserts and especially chocolates with those she loved. She blessed her children, grandchildren and greatgrandchildren with unconditional love and a good sense of humor. Mary is preceded in death by her youngest son, Kevin Michael Cleary and first husband, William Russell Cleary, Sr. Mary is survived by her husband, Paul Maund; son, Bill Cleary and wife, Kim; grandchildren, Brice Cleary, Breanna Peterson and husband Benjamin, Brett Cleary and wife Kenzie; great-grandchildren, Cass, Crew, Collins and Cole Peterson; sister, Becky Pearson and husband Don and brother, Bob Cole and many nieces and nephews. A celebration of life service will be held at Countryside Bible Church in Southlake, TX on April 9th at 1:00 PM.

Mary Hallam Cole Cleary Maund, age 86, went to be with her Heavenly Father on Monday, February 28, 2022. Mary was born on May 4, 1935 in Washington, Pennsylvania to Emma Ruth Hallam Cole and Robert Edward Cole. In her early 20s, Mary worked... View Obituary & Service Information

The family of Mary Hallam Cole Cleary Maund created this Life Tributes page to make it easy to share your memories.

Mary Hallam Cole Cleary Maund, age 86, went to be with her Heavenly...