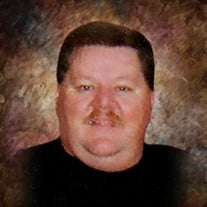 Marvin “Bunky” Burdette Mitchell was born on December 26, 1950 in Texarkana, Texas to the late Mildred Blanche (McKay) Mitchell and Homer Preston Mitchell. Marvin passed away on Monday, February 1, 2021 in Bedford, Texas. Marvin was in the 1970 class at Trinity High School. He spent 20 years as a country and western musician and was the lead singer one time for “Doc’s Band”. Marvin then became an evangelist, beginning his ministry on the streets and helping the homeless for 18 years. The next ten years he was heavily involved with prison ministry. He eventually was able to minister to over 100 countries with his internet evangelism. He was a true servant of God but he loved and truly served his family. He was preceded in death by his parents; brother, William H. Mitchell; and sister, Mildred M. Hudson; and daughter, Karli Jo Mitchell. Bunky is survived by his wife of 23 years, Cindy Mitchell; daughter, Dusti Mitchell; daughter, Cassie Mitchell; son, Blake Mitchell and wife, Kelly; daughter, Stacy Howell; and son, Craig Howell and wife, Brandy; grandchildren, Alexcia, Alexander, Kaleigh, Dacoda, Daci, Caleb, Taci, Kira, Daelyn, Zoe, Allysia, and Austin; great-grandchildren, Zeke, Ryan, Kasai, and Zyaire. Marvin is also survived by his sister, Melba Kelsey. A memorial visitation will be held from 2:00 to 4:00 P.M., Thursday, February 4, 2021 at Lucas Funeral Home in Hurst.

The family of Marvin Burdette Mitchell created this Life Tributes page to make it easy to share your memories.

Send flowers to the Mitchell family.