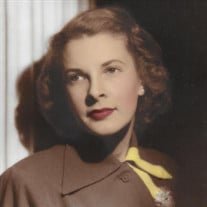 Martha Jane Brothers Knight, 90, of Euless died peacefully early Thursday morning, November 4, 2021, at Interlochen Health and Rehabilitation Center in Arlington, Texas. She had suffered a fall in her home on October 23 th. Jane was born during the Great Depression on September 30, 1931, in Marlin, Texas. Her parents were Lucie Marie “Tissie” Robertson Brothers (1898-1975) and Charles Roye Brothers (1898-1973). She grew up in the rural farming community of Stranger near Marlin in Falls County, Texas. Growing up before electricity and good roads meant playing in the country, finding arrowheads, seeing the Milky Way every clear night, riding horses bareback, and attending small local schools and churches. People didn’t have much during this time and nutritious food was sometimes scarce. A highlight for children right after a hail storm was to gather the hail stones to make ice cream. Because in the country folks had plenty of eggs, cream and sugar; just no ice! Hewn log buildings left from early settlers still persisted on old properties. Jane’s great-grandmother, Margaret Jane Busby Price (1847-1939), lived nearby in a patchwork home that began as a log cabin. Always an excellent student, Jane graduated with honors from Marlin High School in 1947 and later attended business school in Beaumont. On July 15, 1951, Jane married Joe Bert Knight, Jr. in Kosse, Texas. Their new life together brought them to Houston where Joe B. worked for Texaco Oil Company and Jane became a homemaker. They enjoyed activities with friends, attended church, and started a family. As children, we remember bridge parties in smoke- filled rooms, swimming at Texaco country club, going to Galveston beach and Port Bolivar, camping at state parks, a car trip to Mexico, and always having our mother with us. Mom was a fine seamstress and cook who loved crossword puzzles and who taught us many important life lessons. In 1965, Joe B. took a job with Bell Helicopter and our family moved to Euless. Jane lived in her home there for over 56 years, enjoying many friends and wonderful neighbors. She loved attending the neighborhood parties and always brought a food dish to share. She was a longtime member of St. Phillip Presbyterian Church of Hurst, where her prayer group formed lasting friendships. Jane is survived by her daughter Karen A. Knight, DDS & husband Gerald Clay of Arlington and her son James R. Knight, CPA & wife Janice of Farmers Branch. She is survived by nieces Sandy Spencer of Gun Barrel City, Vicki Rawles of Carrollton, and nephew Chuck Brothers of Stranger. Chuck & wife Tammy live in the original 1920’s home where Jane and her brother Charles were raised. She is also survived by her cousin Jack C. Robertson of Austin and her cat, Cosmo. Jane was predeceased by her parents, her husband Joe B. in January 2007, her brother Charles Robertson Brothers in December 2013, her cousin Sara Ellen “Sally” Robertson Rose in August 2021 and her niece Robbi Gail Brothers Pfeffer in July 2021. A graveside service will be held on Thursday, November 18 th at 2 pm at the Stranger Cemetery, Falls County, Texas. Reverend Debra Crumpton of the United Methodist Church will officiate. Memorial donations may be made to Cornerstone Assistance Network, 3500 Noble Ave, Fort Worth, TX 76111.

Martha Jane Brothers Knight, 90, of Euless died peacefully early Thursday morning, November 4, 2021, at Interlochen Health and Rehabilitation Center in Arlington, Texas. She had suffered a fall in her home on October 23 th. Jane was born during... View Obituary & Service Information

The family of Martha Jane Knight created this Life Tributes page to make it easy to share your memories.

Send flowers to the Knight family.