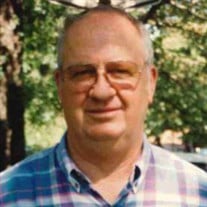 Loran “Ray” Bierig, age 86, passed away on Friday, June 18, 2021 in Bedford, Texas. Service: A graveside will be held at 11:00 A.M. on Saturday, June 26, 2021 at IOOF Cemetery in Watonga, Oklahoma. Visitation: The family will receive friends from 6:00 – 8:00 PM Friday evening, June 25, 2021 at Lucas Funeral Home in Hurst. Ray was born June 4, 1935 in Okeene, OK to the late Jacob Bierig and Leah Mary (Jester) Bierig. The youngest of six children, he graduated from Okeene High School in 1953 and later Oklahoma A&M (Oklahoma State). Ray married Lola Yearwood on March 31, 1956 in Ringwood, OK. After they were married, they lived in San Angelo and Midland before moving to the Dallas Fort Worth area where they have lived for the past 50 years. He spent his entire career in aviation maintenance, working for Texas International, Continental Airlines and Southwest Airlines, and retiring from Southwest in 2000. As an avid woodworker and tinkerer, he enjoyed working in his shop while creating wood masterpieces and repairing motorcycles. Ray was preceded in death by his parents; his wife of over 63 years, Lola Yearwood Bierig; son-in-law, Douglas Alan Wade; sister, Pearl; and brothers, Walt, Glenn and Earl. He is survived by his daughter, Lunnessa Bierig Wade; son, Kelly Dean Bierig and wife Shannah; and his brother Bob Bierig and wife Irene, of Solvang, CA.

The family of Loran "Ray" Bierig created this Life Tributes page to make it easy to share your memories.

Send flowers to the Bierig family.