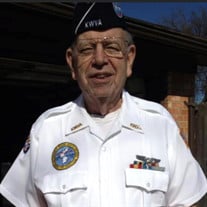 After months of failing health, Lon Thomas “L.T.” Golden passed away on Thursday, July 1, 2021, at the age of 90. Lon was born on December 7, 1930, the first-born child of Melba and Haskell Golden, in Sapulpa, Oklahoma. He graduated from Sapulpa High School and attended Tulsa College until enlisting in the military. Lon met his future wife, Joan Marie McKinney, in elementary school. They were married in 1953, had children Linda and Tommy, and were blessed with 59 years together until her death in November 2012. As a very young man Lon developed a love for aviation at the knee of his Uncle Earl “Zeke” Shipman that he carried throughout his life. He enlisted in the Air Force and was a Veteran of the Korean War. As a radio operator, he was routinely part of the flight crew on a C124 Globemaster, flying in and out of Japan to Korea transporting soldiers, supplies, and the wounded as well as other missions. He attained the rank of Staff Sergeant. Not long after serving his country, L.T. went to work for the FAA and during this time he received his private pilot license. During his tenure with the FAA, it took L.T. and his family to Wink, Texas, Tulsa, Oklahoma, Carlsbad, New Mexico, Amarillo, Texas, and finally Bedford, Texas where he eventually retired after 35 years. Later he worked part-time at Mason-Dallas which kept him busy, and his mind active. One of his favorite adventures were the many Octobers he and Tommy attended the hot air balloon festival in Albuquerque, New Mexico; several years of which they were on a balloon chase crew. Lon was a faith filled man and a staple at the 7:30 am Mass at St. Michael Catholic Church, serving as an usher and Eucharistic Minister. He spent countless hours of service as a Third-Degree Knight in the Knights of Columbus, forging lifelong relationships, holding various offices, receiving awards, flipping pancakes, and contributing to the community. Family was the pivotal essence of Lon’s life. He was a major presence in the lives of his children and grandchildren. After retiring from the FAA, Lon and Joan spent a great amount of time with their grandchildren, attending recitals, school and sporting events, as well as all high school and college graduations of their children and grandchildren in Texas and Washington state including a granddaughter’s wedding. No matter where life took him, his roots and much of his family remained in Oklahoma, returning every year for major events and reunions until his health prevented it. This loving, caring, and wonderful man has left a permanent mark etched on our hearts and will be extremely missed by his children, Linda Golden Swanger (John), and Tommy Golden (Sue); grandchildren, Amber, Melissa, and John Paul Swanger (Carol), Joni Swanger Hilperts (Adam), T.J. and Cody Golden (Katy), Charlie (Victoria), and T.J. Webster (Molly), Brandon Harrison; and great-grandchildren. Phoenix and Olivia Swanger, Angel, Victoria, Bella, and Charlie Webster. Preceded in death by his parents, treasured Uncle “Zeke” Shipman; sisters, Virginia Williams and husband Charlie Ray, and Maryetta Collins and husband Calvin; brother, Haskell Golden; and sister-in-law, Carroll Golden. Survived by brother Gerald Golden of Tyler, Texas; sister-in-law, Thelma Golden of Drumright, Oklahoma. Uncle “Doc” will be missed by his nieces and nephews. A lifetime of friends is saddened by his passing.

The family of Lon Thomas Golden created this Life Tributes page to make it easy to share your memories.

Send flowers to the Golden family.