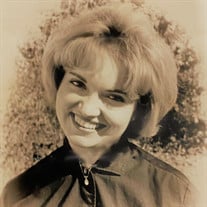 Lila Rogers Moreland was born on February 21, 1945 in Meridian, Mississippi, as the daughter of Margaret Eaves Rogers and Cecil Arthur Rogers, Sr., and the sister to Cecil Arthur Rogers, Jr. Her father later remarried, and Lila became close to her half-siblings, Fred Stovall and Bitsy Segrest. In 1965, Lila married the Rev. Dr. Charles Kamper Floyd, Jr. at St. Paul’s Episcopal Church in Meridian, Mississippi. If you asked young Lila what she wanted to accomplish in life, she always stated, to be a mother. Charles and Lila had four children, who Lila was fiercely committed to raising, loving, and supporting each one to live the life meant for them. These families today include Susan Margaret Floyd and her two sons, Charlie and Brady; Catherine Floyd Hampton, husband Tony and their children Grace, Carson and Emma; Mary Lila Davis, husband Jon and their children Kamp, Lacy and Palmer; and Charles Kamper Floyd, III, wife Marcie Fisher-Borne and their children Miley and Eli. Later in life, Lila married Leonard Merritt Moreland (Sonny), Retired Major in the United States Air Force. Lila’s four children and Leonard’s seven children multiplied into 23 grandchildren and 16 great grandchildren. Lila and Leonard called home a property named Foggy Dew in Mount Hermon, LA with a large fishing pond, an outside deck with a beautiful view of the stars, and a slew of beloved dogs. Basically, it was not only a piece of heaven to them but to all that visited. After Sonny’s death, Lila moved to Dallas to be closer to her children and youngest grandchildren. She was a master at decorating her house for all the seasons (including Mardi Gras!) and offering decorating advice to anyone lacking such, reading and recommending the next “must read” novel, doing needlepoint pieces for her family to keep always as heirlooms, and sharing front porch visits with family and friends. Lila is also survived by her loyal Boxer, a dog named Boo, who made all her days more peaceful, entertaining, and memorable. Perhaps Lila’s lasting legacy is that she always, without question, accepted, each and every person for who they were and where they fit in the world. In lieu of flowers, memorials may be made to The Nature Conservancy and The Pulmonary Fibrosis Foundation. You can leave condolences or just your name on her memorial tribute wall at Lucasfuneralhomes.com. A Celebration of Life will be held at 10:00 a.m. Central, Friday, October 1st at the Lucas Funeral Home in Grapevine, Texas. You can join watching the service via live stream at: https://video.ibm.com/channel/23814965/video/6jer0j

Send flowers to the Moreland family.