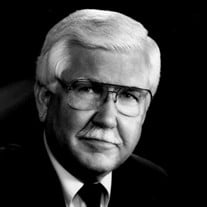 Levoy Calvin “Gil” Gilstrap, 92, passed away Friday May 14, 2021 of natural causes. Gil was born November 18, 1928 in Mansfield, Texas to Olena Mae Farr and Fay Sterling Gilstrap. He served in the United States Army in the Japan Occupation Forces of 1945. During his tour of service, while stationed in Michigan, Gil met his first wife, Elizabeth Anne McMillon, who he brought back to Fort Worth, Texas where they resided and had two children, Vickie Ann Gilstrap (Hastad) and Levoy Calvin “Carl” Gilstrap, Jr. (preceding Gil in death as of December, 2020). After retiring from Cummings Diesel as a Manager in 1970, Gil followed his passion and started his successful career in photography which earned him many awards and a life time of service to National, State and Local Photographic Associations. He and his 2nd wife Barbara Deaton Gilstrap owned Gilstrap Photography in Hurst TX, until they retired in 1996 to enjoy traveling with their RV, and his additional hobbies of motorcycles, along with flying. Gil was preceded in death by his first wife, Elizabeth (2013), and loving wife Barbara Deaton Gilstrap (2006) and his son Levoy Calvin “Carl” Gilstrap, Jr (2020) as well as his sisters, Kaye Francis Mann and Olena Faye Ross (2015) and her daughter, Debbie Ross Messmer (2018). Nephews, Kenneth Ross and David Ross and Rick Mann remain along with their numerous children and grandchildren Those left behind are his daughter Vickie Gilstrap Hastad and her children Bryan, Dylan, and Garrett & (wife, Lydia), as well as daughter –in-law, Terry Lea Gilstrap; daughter, Kimberly Weston and spouse, Mike and son Scott, Matthew Gilstrap and his wife Sheri and his children, Teresa, Nicole, Michael, and Lisa, and Ginger Fikes and her husband Greg and their children Cassie, Taylor, Courtney and 12 Great grandchildren. In lieu of flowers we are asking for donations in memory of Gil Gilstrap be made to Benbrook United Methodist Church (where he was a member) and/ or a charity of your choice in his name. We also wish to extend our heartfelt condolences to Gil’s companion and partner of many years, Pat Kuehner, who made Gil’s love of music come to life thru his instruments of yuke, guitar, and harmonica, as well as their traveling to numerous motorcycle rallies and event and music festivals, which he greatly enjoyed.

The family of Levoy Calvin "Gil" Gilstrap created this Life Tributes page to make it easy to share your memories.

Send flowers to the Gilstrap family.