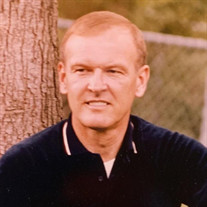 Lawrence “Larry” Vogl passed away suddenly on April 20, 2020 in Euless, Texas. Born on December 10, 1937 to George and Sally Vogl, Larry spent the first half of his life in Omaha, NE. He graduated from North High School in 1955 and later attended The University of Nebraska at Omaha where he met the love of his life Janis Kay Scott. Larry studied, worked, and joined the Marine Reserves in 1959. The following year Larry and Jann were married at St. Cecilia’s in Omaha, and they began their life together. They had two children, Amy and David. Larry was a man of many hobbies and demonstrated hard work and dedication in every area of his life. He seemed to encompass so many contrasting sides in one sturdy, dependable man. Larry was interested in the arts, enjoying sketching, oil painting, photography, and playing the piano. As an avid reader, there always seemed to be a pile of books and magazines by his chair. He also loved to sing and for a time was part of the Glad Tidings Church choir. Larry was known by many for his Marine-trained mind to get work done in a diligent and hardworking manner no matter the task—from painting the house to his many years spent as a salesman. He spent long hours at his drawing board designing business forms by hand in lieu of computer-generated graphics. He truly enjoyed using his colored pencils and assorted art supplies. Perhaps though, what many knew Larry for was his excellent sense of humor, deep belly laugh, and quick wit. Always keeping his friends and family on their toes, Larry was known for his sneak attacks that left his targets both screaming and laughing. “Ol’ Fire Heels” was ready to break out in dance at any moment and could make the whole room come to life with his bright spirit. In his later years, Larry became involved at The American Legion Post 379 where he regularly enjoyed shuffleboard competitions with his friends. It was there that Larry spent many happy retirement hours enjoying the company of good people. Throughout his life Larry was known by many titles from son, brother, marine, husband, father, grandpa “Gampy” and "life-of-the-party”, but perhaps the one title that everyone knew him for was “friend”. Larry is survived by many family members and friends, notably his wife of 59 years Jann Vogl, his children Amy and David, his son-in-law Michael Jarrard, his granddaughter Kellie Wyatt and her husband Lance Wyatt and great grandson Wells Wyatt, his granddaughter Tracie Jarrard, and his three siblings Philip Vogl, Georgellen McElvaney and Salie Perkins. Larry is greatly missed but because of his faith in The Lord Jesus Christ, those who also trust in Christ as their Savior will joyfully see him again. “Just as everyone dies because we all belong to Adam, everyone who belongs to Christ will be given new life.” 1 Corinthians‬ ‭15:22‬ ‭NLT‬‬‬‬

The family of Lawrence "Larry" Vogl created this Life Tributes page to make it easy to share your memories.

Send flowers to the Vogl family.