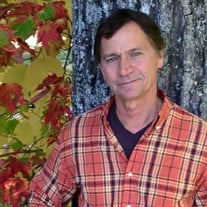 Larry Stephen Schexnaildre, 69, died Wednesday, June 8, 2022, at his home. Larry was born on October 29, 1952, in Franklin, Louisiana to Dr. Chenet Jourdan Schexnaildre,Jr. and Barbara Dupre Schexnaildre. Educated in the Catholic schools in Franklin, he graduated from Hanson Memorial High School in 1970, continued his education at the University of Southwestern Louisiana in Lafayette before transferring to Louisiana Tech in Ruston, Louisiana to graduate in Aviation in 1974. Larry always wanted to be a pilot. His pursuit of his career began at the Patterson airport where he took flying lessons before he was old enough to drive. His career included working for Fournet’s Flying Service in Lafayette and Royal Airlines in Shreveport. After obtaining his Flight Engineer certification, Larry was hired by American Airlines in 1977. Larry, being very goal oriented, attained his Captain status before he was 35 years old. When he retired from American, he was flying international flights in a 777. Larry is survived by his daughter Erin Schexnaildre Besaw and her husband Jimmy of Flower Mound, TX; two granddaughters whom he adored, Myah Ashlyn Besaw and Adriana Alexa Besaw; three sisters, Karen St.Blanc and her husband Vincent of Franklin, LA, Chenette Cover and her husband Jack of Lafayette, LA, and Carla Gee and her husband Randy of Corinth,TX. Larry is survived by many nieces and nephews. He was preceded in death by his father Dr. Chenet Jourdan Schexnaildre, Jr.; his mother, Barbara Dupre Schexnaildre; one brother, Kim Michael Schexnaildre. A Celebration of Life service will be held Sunday, June 26 at 2:00PM at the Lucas Funeral Home. Arrangements entrusted to Lucas Funeral Home, 1601 S. Main St., Keller, Texas 76248. Phone (817) 753-6800.

The family of Larry Stephen Schexnaildre created this Life Tributes page to make it easy to share your memories.

Send flowers to the Schexnaildre family.