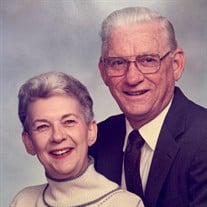 Joyce Delores (Letz) Rinn Joyce Rinn was born in Stamford, Texas, on March 22, 1930. Her parents brought her to the Sacrament of Holy Baptism on June 8, 1930, at Zion Evangelical Lutheran Church, Sagerton, Texas. It was Pastor Carl F. Juergensen who baptized Joyce and fourteen years later on April 2, 1944, it would be Pastor H.G. Lohrmann who heard her profession of faith in Jesus as her Lord and Savior. Joyce was confirmed also at Zion Evangelical Lutheran Church. Joyce grew up in Old Glory, Stonewall County, Texas. She along with her four brothers helped on the farm owned by her parents, John and Olga Letz. After graduation from Old Glory High School, in a graduating class of eleven students, she worked as a bookkeeper and still helped around the farm. A couple of years later, she would marry one of those eleven students with whom she graduated, Louis “Tooty” Rinn. The new couple resided in Lubbock, Texas where Louis would finish his degree from The Texas Technological College, now Texas Tech University. After graduation from Tech, Louis served his country in the United States Air Force, seeing duty in both Japan and Korea. While Louis was serving his country, Joyce gave birth to the first of three boys that they would have together. The town of Old Glory is where they wanted to be when Louis returned home but the opportunities were very limited there. Louis and Joyce moved to North Richland Hills in 1953 where their next two sons were born. Joyce was a mother and housewife until 1964, when she went to work for the Birdville Independent School District. In her first year of employment at BISD, she worked as a secretary in the Administration Building. The following year the school district opened Watauga Elementary School where she became the school’s first secretary and worked in this capacity another twenty-six years. She retired from the school district in the Spring of 1992 and from then on, she and Louis traveled the United States and spent a great deal of time returning to their roots in Old Glory. Joyce and Louis helped plant Peace Lutheran Church when the church was officially chartered in August of 1959. She brought those three sons to church every Sunday until each reached the age of eighteen and there were no excuses for not attending church. Joyce was married to Louis for 62 years who predeceased her in 2011. Joyce was preceded in death by her husband; Louis E. Rinn, brother, Donald D. Letz, brother, Jerry C. Letz, sister, Donna Mae Letz, and parents John and Olga Letz. She is survived by her three sons, Randy Rinn of North Richland Hills, Richard Rinn and wife Sheri of Hurst, and Rodney Rinn and wife Linda of Fort Worth; seven grandchildren, Anne Rinn, Russell Rinn and wife Jenny, Lindsey Lester and husband Kyle, Robert Rinn and wife Stephanie, Ryan Rinn and wife Ashley, Libby Hillard and Husband Ryan, Kathleen Peercy and husband Andrew, nine Great Grandchildren, Kodi Lester, Kaylee Rinn, Landon Lester, Allie Rinn, Samson Rinn-McCann, Elizabeth Rinn, Rhett Hillard, John Henry Rinn and Rhyder Hillard; two brothers, Charles Letz and wife Rosie of Richland Hills, Larry Letz and wife Jeanie of Abilene, TX; three sister-in-law’s, Barbara Nauert of Aspermont, TX, Judy Letz of Fort Worth and Kathleen Seals of Baird, TX; numerous nieces, nephews, and cousins. Joyce Delores (Letz) Rinn, a faithful and humble servant of our Lord Jesus Christ, served God with a cheerful and willing spirit. She was a dedicated servant of her Lord at Peace Lutheran Church for 62 years. In lieu of flowers the family request donations be given to. The Old Glory Community Center % Anita Dozier 391 CR 137 Old Glory, TX 79540 Peace Lutheran Church Endowment Fund In Memory of Carol Rinn which is designated for Youth Ministry

The family of Joyce Delores Rinn created this Life Tributes page to make it easy to share your memories.

Send flowers to the Rinn family.