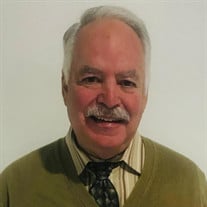 Joseph Frank Whitted, 65, of Bedford, Texas, passed away on Monday, November 1st, 2021. Joe was born November 25, 1955 in Baytown, Texas to William Davis and Corinne Court Whitted. He graduated Cum Laude from Ross S. Sterling High School in 1974, where he received numerous awards while playing varsity football. He attended Southwest Texas State University and was a member of the Tau Kappa Epsilon Fraternity. He later transferred to Lamar University and graduated with a Bachelor of Science in Mass Communication in 1978. Joe married Janet Guess in 1977 and they had two daughters, Kelly Lauren and Allison Lee. Joe was a wonderful businessman. He founded Jones-Whitted Enterprises in 1980, a successful wholesale company, that included many retail locations, as well as a closeout warehouse. One of his most popular stores was a dollar store chain called, Everything's A Buck! Joe was presented with the Small Business of the Year Award in 1996 by the Silsbee Chamber of Commerce. He stayed in business for over 30 years; however, Joe's greatest business achievement was the relationships he built. Over the years, he employed numerous people and serviced hundreds of customers. After a short time, these people were no longer employees or just customers-Joe cared and treated them like family. Outside of his business, one of Joe's favorite pastimes was refereeing basketball. He managed to climb the ranks from Little Dribblers all the way to high school. Even after being diagnosed with Parkinson's disease in 2004, Joe was nominated to officiate the 2010 Girls High School State Basketball Tournament in Austin, Texas. He was a long time member of St. Mark's Catholic Church in Silsbee, Texas and, later in life, joined First Baptist Church Silsbee, where he was very active in the men's ministry. Joe, AKA "Joe Baptist" loved the Lord. After moving to the DFW metroplex, Joe attended First Baptist Grapevine, Cross Church DFW, and finally moved his letter to Shady Oaks Baptist Church in Hurst, Texas. Joe loved to fish, hunt and play golf, but most of all he loved fellowship with people. He would light up every room he entered and knew everyone by their name, or for many, by their nickname that he had given them. He was the model of generosity, but by far his best attribute was his love for his girls-daughters, Kelly and Allison, as well as his granddaughters, Corinne and Leila Grace, who called him PawPaw. He was preceded in death by his parents, his brother Davis and his wife Judy Whitted, sister in law Jennifer Whitted, and his daughter Kelly Lauren Whitted. He is survived by his daughter Allison and her husband Josh Strother; granddaughters Corinne and Leila Grace Strother, as well as his brother Robert (Butch) Whitted and numerous nieces, nephews, and cousins. The family wishes to extend their gratitude to Victor Onyaye and his staff, as well as to Lisa and the staff at Harris Hospice. Memorials may be made to Shady Oaks Baptist Church or to the Workshop Counseling, both located in Hurst, Texas.

The family of Mr. Joseph Frank Whitted created this Life Tributes page to make it easy to share your memories.

Joseph Frank Whitted, 65, of Bedford, Texas, passed away on Monday,...

Send flowers to the Whitted family.