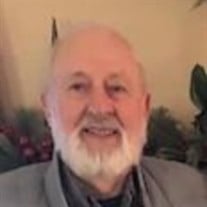 On March 16, 2021, Joseph Edward Plessner of Keller, Texas, passed from this earth at the age of 82. Joseph (“Joe”) was born in LaFollette, Tennessee on July 23, 1938. He was the son of Joseph Otto and Ava Elizabeth Hayes. At the age of 18, Joe entered the United States Navy in Washburn, Missouri, where he had attended high school. Joe served his first years as a seaman based out of Virginia, and later a Construction Mechanic with the Naval Mobile Construction Battalion-74 (“Seabee”). He was stationed at multiple military bases during his career including Las Vegas, Nevada; Newfoundland, Canada; Adak, Alaska; Homestead, Florida; Gulfport, Mississippi; NAS Keflavik, Iceland and Umatilla, Oregon. While based in Gulfport, Joe faithfully served his country in two deployments to Vietnam. Joe earned the Navy Unit Commendation, Meritorious Unit Commendation, Combat Action Ribbon, Vietnam Service Medal and Star, and the Vietnam Campaign Medal. After retiring from the Navy, Joe and his family settled in Cody, Wyoming where he was a mechanic with Park County Road and Bridges for 20 years. He moved to Texas in 2000 with his wife, Elaine Plessner, and worked several years with the City of Keller. Joe loved working on anything with a motor; he spent many years refurbishing cars and riding motorcycles. He frequently kept a garden, a hobby carried over from his youth spent on the family farm. He also enjoyed hiking, camping and hunting, always with a faithful dog by his side. In 1964, Joe married his life-love, Elaine Michaelis, nee Allison, and they remained faithfully married 56 years until Joe’s passing. Joseph is survived by his wife, Elaine; son Arthur Michaelis and his wife Rosie (Mooney); son Richard Michaelis and wife Michelle (Mesman) and daughter Kimberly Plessner Koskay and her husband Kenneth Koskay. Joe is survived by six grandchildren: Davin Michaelis, Craig Michaelis, Kristy Michaelis, Daniel Michaelis, Grant Koskay and Neal Koskay as well as nine great-grandchildren, two great-great grandchildren, and his sisters Ann Greer, Liz Dietrich, Barbara McMillan and brother William Plessner. Joe was proceeded in death by his sister Mary Craig. There will be a viewing for Joe on Friday, March 19, 2021 between the hours of 4 PM – 6 PM, at Lucas Funeral Home located at 1601 S. Main Street, Keller, Texas 76248. A chapel service to celebrate his life will take place at the same location on Saturday, March 20th at 10 AM. Burial with Navy military honor guard will take place on Monday, March 22nd, 10 AM at the Dallas Fort Worth National Cemetery located at 2000 Mountain Creek Parkway, Dallas, Texas. Family and friends are encouraged and welcome to attend the viewing, chapel service and burial.

The family of Joseph Edward Plessner created this Life Tributes page to make it easy to share your memories.

Send flowers to the Plessner family.