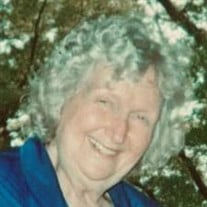 Johnnie Weir passed away on November 5, 2021. Funeral service: 2:00pm Saturday, November 13, 2021 at Lucas Funeral Home in Keller, Texas with Dr. Charles Rogers officiating. Burial will take place at Mount Olivet Cemetery in Fort Worth, Texas. Click here to watch the Recorded Service. Johnnie Munn Weir was called home to spend the rest of eternity with her lord and savior Jesus Christ on November 5, 2021 at the age of 91. She was born on August 12, 1930 in Paris Texas. She lived on a farm there until she was three. Then, she and her family moved to Dallas. She graduated from Woodrow Wilson high school. After Graduating, She met her husband of 22 years Gene Weir who preceded her in death. She was always actively engaged in battle for God’s Kingdom. She was the founder and president of the Gentle Dove Ministry with a mission to love God’s people. She cofounded The True Vine Christian Youth Center. She ran for city council in Watauga on many occasions and held all the elected officials accountable to serve the best interests of the people of Watauga. She was president of morality in media fighting against child pornography and lead the charge to force laws to be put into place that made it illegal for retailers to display pornographic magazines in front of the retail counter in view of children. She worked for Kenneth Copeland ministries for many years. She also worked for Dr. Charles Rogers for over 40 years supporting Evangelism in Action and World Ministry Fellowship. In addition, she spent 15 years holding church services in local nursing care centers leading people to Jesus Christ. She was preceded in death by her sons David Weir and Ray Weir in addition to her beloved daughter in law Penny Weir and her granddaughter Shawnee Larance. She is survived by her son Keith Weir, daughter in law Norly Weir and her daughter in law Debbie Weir. In addition she is survived by her grandchildren Abby Tuttle, Bonnie Lachance, Keith Weir Jr, Valerie Weir, Sarah Honeycutt, and step granddaughter Michelle Molina. She is also survived by nine great-grandchildren: Robert Tuttle III, Emily Tuttle, Nick Larance, Nate Larance, Johnathon Cothren, Jacob Goff, Hannah Larance, Joshua Larance and Mr. John David Honeycutt esq.; and great-great-grandchild, Dakota Cothren.

The family of Johnnie Munn Weir created this Life Tributes page to make it easy to share your memories.

Send flowers to the Weir family.