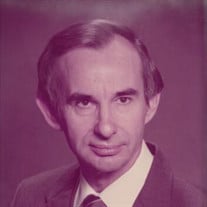 At twilight, prior to sunrise, John Louis Roberts was rejoined to the other parts of his heart, Sandra Gale Roberts and his creator, God on April 12 2022. He was 87 years seasoned in the winter of his life. John Louis Roberts, known as “Louis,” was born May 18, 1934 to Angie Mae Fletcher and John Emsley Roberts in Springdale, Arkansas. As a young boy, he grew up on a farm, he knew how to rope livestock, and helped his father with the farm while attending a one room schoolhouse. When John was 12, a man named Mr. John W. Tyson came to their farm and gave them 40,000 chickens to raise to help with his chicken farming business. John would help his father keep the chickens warm with lights, feed them, and other in-depth factors essential in farming. Mr. Roberts as a young man was a pioneer in helping Tyson Feed and Hatchery. John graduated from high school and went to junior college in Colorado. To pay for school, he worked nights driving a truck until the next morning and would then go to class. He played football both offensive and defensive tight end. He went back home to help his parents with the farm, but later enlisted in the U.S. Army. After several months in the Army, he became severely ill and was sent to sick bay and informed he was not going to make it. After 6 months of lying in bed, he walked out of a hospital to begin numerous chapters of his life. Recently, this service period was recognized as “The Cold War” era of service. We honor him and his choice to serve. John went home again and chose to go to The University of Arkansas to work towards his Bachelor’s degree in Engineering. He then went to work for the FAA where he worked for 31 years until retirement. While working he completed his Master’s Degree at The University of Oklahoma Public Administration and be began his P.H. D in law. He decided not to complete it to make his wife’s dreams of opening a beauty store a reality. While working at the FAA he attended a YWCA dance where he saw the loveliest girl in the world. He asked her to dance, and they never stopped dancing. They were married on December 28, 1963. After his retirement from the FAA, he became a realtor for Prudential. He enjoyed architecture. He bought a plot of land years ago for he and his wife and spent years patiently developing the perfect dream home for her and him to live in on that lot. In the latter part of the eighties, he again made his wife’s dream a reality by finishing her dream home. They lived there quite happily attending church at Lakeview Baptist Church fellowshipping, praying, and giving love wherever there was a gap to fill. Mr. Roberts was the most loving, compassionate, intelligent, Godly, and humble man. To know him was an honor. John is preceded in death by his wife, Sandra Gale Roberts; mother and father, Angie and John Roberts and multiple siblings. He is survived by his daughter Debbie and her husband Jeff Roa of Wichita Falls, Texas, sister Joyce Johnson of Springdale, Arkansas, his grand-daughters Velvet Trotter and her husband Sean Zamora of Arlington, Texas, Angela Potts and her husband Roby Potts of Wichita Falls, Texas, and grandsons Jeremy Nowlin and his wife Stephanie of Burleson, Texas, John Roa and his wife Alicia of Walters, Oklahoma; 7 great-granddaughters: Elizabeth, Maren, Ella, Bella, Becca, Brooklyn, Lilly, Alexus; 3 great-grandsons: Cooper, Tristen, Blake; 1 great-great grandson: Castiel; his oldest friend, Roland Haydel; many, cousins, nieces, nephews, and Friends. The family wishes to thank Vitas Hospice for their help and care during Mr. Roberts final days. Visitation will be at 10:00 A.M., on Monday, April 18, 2022 followed by the service at 11:00 A.M. at Lucas Funeral Home in Hurst. Interment will follow at Bluebonnet Hills Memorial Park in Colleyville.

At twilight, prior to sunrise, John Louis Roberts was rejoined to the other parts of his heart, Sandra Gale Roberts and his creator, God on April 12 2022. He was 87 years seasoned in the winter of his life. John Louis Roberts, known as &#8220;Louis,&#8221;... View Obituary & Service Information

The family of John Louis Roberts created this Life Tributes page to make it easy to share your memories.

At twilight, prior to sunrise, John Louis Roberts was rejoined...

Send flowers to the Roberts family.