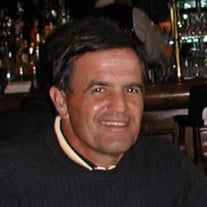 On the Ides Of March, 2022, Colonel John Joseph Haluska Jr. of Fort Worth, Texas peacefully passed away at the age of 80 after a long battle with cancer. “Johnny J” was born on September 22, 1941 to John and Rachel Haluska in Des Moines, Iowa and was the oldest of their four children. He graduated from Dowling Catholic High School. In 1963 he was awarded a Bachelor of Science from the United States Air Force Academy in Colorado Springs, Colorado. He further earned an MBA from St. Mary’s University in San Antonio, Texas. In 1967 John married his wife Patricia in Detroit, Michigan. John and Patty stayed happily married for 55 years and together raised three children: Stacey Ann, John Joseph III and Christopher Keene. As an officer of the United States Air Force (USAF) for 26 years, John was committed to public service and protection of The United States. While in the USAF, he earned a Distinguished Flying Cross during the Vietnam War among other wartime honors. Continuing his Air Force career until the end of The Cold War, he earned many honorable duties; noted among them were the Commander of the 349th Air Refueling Squadron at Beale AFB and, ultimately, becoming Wing Commander of the 320th Bombardment Wing at Mather AFB. He hung up his wings at the Strategic Air Command Headquarters in Omaha, Nebraska in 1989. After his retirement from the USAF, he worked as a Program Manager for McDonald Douglas, Chrysler Technologies and Raytheon in Waco, Texas, and finally settled in Fort Worth, Texas where he was Deputy Director of Richardson Aviation. John completed his post retirement career working as a Program Manager at DynCorp. John visited many places across the globe, and always loved traveling to spend time with family and friends, or having them stop by and stay for a while. He was never without a story or joke. He loved to make people laugh and was always fun to be around. In his free time, John was a die-hard golfer, shade tree mechanic, and accomplished grill man. He traveled the world with his friends playing golf and trying to increase his handicap to earn a buck here and there. He drove and worked on his ’62 Porsche for decades, and finally finished the restoration a few years ago. Win or lose, he spent his evenings on the patio grilling and cooking up his favorite dishes for family and friends with a drink in his hand and a smile on his face. John was preceded in death by his mother Rachel and father John Joseph Sr. and brother Andrew. He is survived by his wife, Patricia; his three children: Stacey, John, and Christopher; his siblings: Michael and Mary; his grandchildren: Eric and Jack; his uncle Dante and several cousins, nephews, and nieces. A funeral mass will be held on June 24th, 2022, at The Air Force Academy in Colorado Springs, CO. where he will be laid to rest. In lieu of flowers and gifts, the family requests donations be made in John’s name to the Hospice of your choice.

The family of Colonel John Joseph Haluska Jr. created this Life Tributes page to make it easy to share your memories.

Send flowers to the Haluska family.