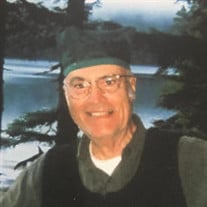 John Galea Obituary John Galea, of Ketchikan, AK, passed away on June 8th, 2021 in Southlake, TX. He will always be remembered as a loving father, friend and champion of courage, faith and stewardship to all that knew and loved him. He was born on August 8th, 1930 in Detroit, MI to Giuseppe and Angela Galea. John is survived by his wife Jean M. MacDonald of Southlake, TX, sister Victoria Logan of Spokane, WA, son James Galea (Lisa) of Anchorage, AK, daughter Diane Christine Norris of Arlington, WA, daughter Judy Julius of Port Orchard, WA and son Mark Galea (Ruth) of Keller, TX. John is survived by grandchildren Tasha Norris, Tara Norris, Bobby Norris, Cathy Norris, Joey Galea, Jillian Steward, John Steward, Javani Paddock, Joli Julius, Tori Galea and Matt Galea and seventeen great grand children. The Man: John lived a life of service and adventure. John traveled the Western U.S. in his teens, working many jobs in Montana and Alaska including being a Dude Ranch Hand, Logger, and Veterinarian assistant in the late 40s and early 50s. He served in the Navy during the Korean War with his brothers Emmanuel and Joe, and brother Charlie who served in the Army. He then received his Forest Management degree from the University of Montana, never having attended High School. He joined the US Forest Service Tongass National Forest in Edna Bay, Craig and Sitka, Alaska before being promoted to Forest Ranger of the Chugach National Forest in Seward, Alaska. He then held successive roles as the Forest Ranger of the St. Joe National Forest in Moscow, Idaho, Forestry leader for the State of Alaska Planning Team eventually becoming the Alaska State Forester before retiring [multiple times] after leading the SeaAlaska Timber business unit, State Forester association and world class private firms, GALECO, Art Ink, Space Enterprises, JP Services and Galea Partners. John was known by his colleagues as a man of high ethics, integrity, faith and relentless commitment to excellence and doing the right thing, no matter the consequences never wavering in the face of adversity, challenge or danger. The Fisherman: John loved fishing, camping, hiking and all activities in the outdoors. He was a pioneer in the mapping of the State of Alaska and championing the public use of National Forests including the establishment of the pristine Forest Service Cabins sprinkled throughout SE Alaska where he and his colleagues encountered success while dropping a line in a mountain lake or pristine river. He loved fishing and inspired a love of fishing with his sons Jim, Mark and grand children visiting Forest Service Cabins and exploring many fishing spots on his boat, The Dart. His favorite places were his home at Mountain Point and the log cabin he built on Bull Island in Ketchikan, AK. The Family Man: John’s loved his wife Jean beyond all measure. His commitment to his wife Jean, family and faith in the Lord were admired by all who knew him. He loved all animals as God’s creatures of comfort, loyalty and unconditional love and was always accompanied by his faithful Labs (Dutch, Dutchess, Maggie and Blue). His lap was a favorite resting place for the many cats he and Jean loved so much. John would give his shirt off his back and his last dollar to a family member in need, without question. John was preceded in death by his father Giuseppe, mother Angela, brothers Vincent, Emmanuel, Joe and Charlie. A memorial service and celebration of life will be held at 3 p.m on June 18th, 2021 at the Lucas Funeral Home in Keller, TX at 1601 S. Main Street with a reception at the home of Mark and Ruth Galea at 808 Cross Timbers Drive, Keller TX at 4:30 pm. Inurnment will follow with a sharing of his ashes in Southeast Alaska at the places he loved most including Tongass Narrows, Bull Island and Lake Galea on the Prince of Wales Island near his final resting place in Ketchikan, AK.

John Galea Obituary John Galea, of Ketchikan, AK, passed away on June 8th, 2021 in Southlake, TX. He will always be remembered as a loving father, friend and champion of courage, faith and stewardship to all that knew and loved him. He was... View Obituary & Service Information

Send flowers to the Galea family.