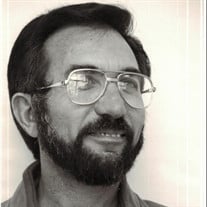 Jayn Neil Russell passed away on January 20, 2022, at the age of 83. Jayn was born on December 9, 1938 in Idabel, Oklahoma. He is the son of Jay N. and Thelma Russell. He married Jo Ann Salmon on June 11, 1960 in Hugo, Oklahoma. Jayn served in the Marines. He went over to Okinawa, Japan and was honorably discharged as a Corporal. He then returned to Oklahoma. After Jayn got married to Jo, he worked at the Post Office as a clerk. He then went to work at the FAA as a computer operator. Jayn’s final job for the government was in the Corps of Engineers where he became a computer programmer in 1973. Jayn retired in 1996 and worked 36 years for the Federal Government. Through his adventures with the Corps of Engineers, Jayn and the family traveled to Michigan, Japan, Germany, and Saudi Arabia. Jayn and Jo have resided in Texas for 49 years. Besides his wife Jayn’s main passion was golfing, bowling, watching TV, reading, music, and card games. Left to carry on Jayn Neil’s memory are his loving wife Jo; his two daughters, Amanda Russell and husband Patrick Schuster, and Melissa Russell and her partner CJ Sheffield; his grandson Seth and his wife Sofy and his granddaughter Saige. His brothers and sisters John Paul, Mary Jane, Ronald, Rita and many nieces and nephews, and friends. Visitation will be held on Wednesday, January 26, 2022 from 6:00 pm to 8:00 pm at Lucas Funeral Home 1321 Precinct Line Rd. Hurst, TX 76053. In lieu of flowers, please make memorial donations in memory of Jayn Russell to your favorite charity or: Muse Cemetery Fund P.O. Box 21 Whitesboro, OK 74577-0021

The family of Jayn Neil Russell created this Life Tributes page to make it easy to share your memories.

Send flowers to the Russell family.