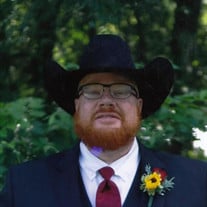 Jason Stuart Caruso went home to be with his Lord on Tuesday, March 15, 2022. Jason was welcomed into this life on April 13, 1973 by his parents in Victoria, Texas. He attended Brown Trail Church of Christ in Bedford. Jason graduated Trinity High School in 1992 and furthered his education at Lamar University. With both undergraduate and his Masters Degrees. Jason was a teacher and coach for the Hurst Euless Bedford Independent School District for the last 25 years, spending 22 years with Trinity High School and 3 years with Euless Junior High School where he held the positions of umpire in his early career and later coaching the Trojans baseball team, and assistant coach for the Trojans football team. He was the public address announcer for pep rallies, basketball and football games. He was known as the voice for the Trojans and Troyanns. He set up the technical equipment and cameras for practices and games. His students were very dear to his heart, his family recalls him saying that every student who crossed his path impacted his life as much as he impacted theirs. He held his kids close to him, caring for them in a way only a beloved teacher and coach can. Jason has joined in Heaven his grandparents, Jane and Wayne Potter, Charlie and Millicent Caruso. He has left his memory to be cherished by his devoted and loving wife Courtney Caruso; his German Shephard, Dolly; Boston Terrier, Roxie; parents, Lynn and Charles Caruso; sister, Julie Laurence and husband Cort Sr.; nieces and nephews, Taryn Laurence, Cort Laurence Jr., Grayson Laurence , Trajan Laurence; father and mother in law, Bill and Stephanie Biggars; sister in law, Shelby Biggars; aunts uncles and cousins in the Cellum, Miller , Caruso, Potter and Kiley families; extended and chosen families in Pruitt, Lindsay, Mooney, Shouse and Hurst families; many wonderful friends and students. In lieu of flowers the family asks for donations to be made in Jason’s honor to the Trinity High School Angel Fund, checks can be returned to the campus or Venmo can be used @carusocarefund, please make sure to notate the Angel Care Fund when using Venmo.

Jason Stuart Caruso went home to be with his Lord on Tuesday, March 15, 2022. Jason was welcomed into this life on April 13, 1973 by his parents in Victoria, Texas. He attended Brown Trail Church of Christ in Bedford. Jason graduated Trinity... View Obituary & Service Information

The family of Jason Stuart Caruso created this Life Tributes page to make it easy to share your memories.

Jason Stuart Caruso went home to be with his Lord on Tuesday,...

Send flowers to the Caruso family.