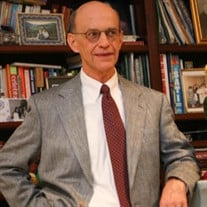 Jarrell (Jerry) David Collier died peacefully in his sleep at age 76 on January 29, 2022. He is remembered with love and respect as a man of abundant kindness, deep integrity, and constant willingness to go that extra mile, especially for his family. Jerry was born Sept 5, 1945, in Alhambra, California. His parents, Thomas Ewell and Mildred Elizabeth Collier, had moved from Texas to Southern California before his birth and were delighted to add Jerry to their family with older brothers, James Warren and Charles Thomas (Tom). Five years later his sister Linda Ann joined the family. In 1951 the Colliers moved to Arcadia, California, where they stayed until after the kids were all grown. Jerry loved to play in that big backyard, with its rustic fort, plenty of climbing trees, a basketball hoop, and open space to practice his high school football moves. He was also known for his quiet nature, love of books, and sense of humor. Overall, the family placed priority on their commitment to Christian faith, following the long-standing heritage as members of the Church of Christ, as well as the importance of a good education. From a young age Jerry was recognized as an academic achiever. He was graduated from Arcadia High School, Pepperdine University with B.S., Mathematics, and University of California Irvine, with M.A., Mathematics and PhD work in Mathematics and Statistics. As a veteran Jerry served in the U.S. Coast Guard as a Quartermaster, primarily in Kodiak, Alaska, on the USS Confidence. He loved being in Alaska. He was awarded the National Defense Service Medal and the Coast Guard Good Conduct Award for service. As he transitioned back to civilian life, he grew his beard and rode his Triumph Bonneville motorcycle solo cross-country from the East Coast to his home in California. His professional work life followed his love of mathematics, first in teaching at Santa Monica City College and Pepperdine University. Then he moved into work that applied his considerable mathematics and statistics expertise to national security defense communications systems and DoD contracts with several companies: Logicon, Raytheon, Techfinity, and Intelligent Systems Research. Jerry enjoyed solving mathematical problems, for example, de-bugging a pure mathematical 800+ line algorithm. Fortunately, he was able to do what he enjoyed for his work in an ethical way that protected his country. Jerry never married, yet he found joy in extended family relationships where he provided unlimited services of love to the younger generations. He was very dedicated to health, physical fitness and adventures, with innumerable hikes throughout the mountain ranges of California. He especially loved sharing hikes and sailing with many family members. After establishing his professional career, Jerry found that everyone in the family wanted him to be a close part of their lives. He shared a home with his sister Linda and Stephen Bennett and became essentially a second father to his niece, Nita. Helping care for Nita since she was born, their bond was deep and unique. Linda and Jerry lived together in mutual appreciation for over three decades. Then he nabbed the opportunity to live awhile at Karen’s beachside home in Oxnard. Afterwards, Jerry and his sizable library of books moved with Toby and Nita’s family to Texas, where they happily shared a home together and he was an integral part of their family. While transitioning to his retirement he heaped love and care on their growing family. At a late age, Jerry took up and excelled at long-distance running, placing in a marathon and various runs. He was preparing for a half-marathon at 71 years of age, when he got Non-Hodgkins Lymphoma brain tumors. Jerry is survived by his siblings Tom Collier and Linda Collier Myers; his sisters-in-law Karen Collier and Marilyn Collier; his nieces and nephews Mike Collier, Randall Collier, Mellyn Graham, John Collier, Christine Meyer, Greg Collier, Nita Gunn, and the next generation. He is predeceased by his parents, Thomas and Mildred Collier, and his brother James Collier. Officiate: Chaplain Michael Weaver Pallbearers: Tom Collier, Mike Collier, John Collier, Greg Collier, James Myers, Tobias Gunn Memorial Gifts Donations in lieu of flowers are encouraged. Send to: Silverado Hospice c/o Christy Bell 4500 Beltway Dr. Addison, TX 75001 Any flowers for the visitation are also appreciated and should be sent to Lucas Funeral Home in time for the Visitation on 2/17.

Jarrell (Jerry) David Collier died peacefully in his sleep at age 76 on January 29, 2022. He is remembered with love and respect as a man of abundant kindness, deep integrity, and constant willingness to go that extra mile, especially for his... View Obituary & Service Information

The family of Jarrell David Collier created this Life Tributes page to make it easy to share your memories.

Jarrell (Jerry) David Collier died peacefully in his sleep at...