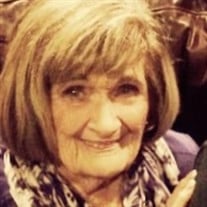 Jane Meehan Ross earned her wings on Monday, March 7, 2022. Jane was affectionately referred to by all in her later years as just …Meems. She started her life’s journey in Wellesley Hills, Massachusetts, born on August 13, 1932, to James and Elizabeth Meehan (Sullivan). Her brothers Bill and James (Jeff) followed shortly after. After her father’s passing as a young man in early 1940, she was raised by a very strong widowed mother who owned her own successful real estate business before retiring. Jane also was very helpful in the care of her little brothers during their formative years. Her brother Jeff fondly remembers her taking him where he needed to go as a child. Jane met James Grant Ross over the phone in her 20’s when they both worked for American Airlines. Jane worked in baggage services in Boston and Jim was located at the Logan airport in the baggage claim department. When there was a lost bag, she called Jim. After some friendly chatter / flirting over the phone for several weeks; Jane asked Jim to come out with some friends for a drink. Their love at first sight, six-month courtship turned into a lifelong partnership that continued well beyond his death in the spring of 1995. They may have been married just under 40 years, but her love for Jim was eternal. She always stated how lucky she was to find Jim and proud of the life they had built together. Their bond was unbreakable so much so that we wondered often if she was still communicating with him beyond the grave. Jim and Jane had two daughters (Karen & Debra) both born in Boston, where they lived in a small apartment in Somerville. Jim had a wonderful opportunity to move to the American Airlines headquarters located in New York City for his first desk job opportunity. He took it and left Boston with his young family to build a future. Long Island is where the other two daughters were born (Nancy & Laura). Jim commuted to the city each weekday with many of his coworkers that also lived on the island. The family spent eighteen (18) wonderful years in New York where they created an amazing life filled with nothing but fun, laughter, and memories beyond belief. When Jim had an opportunity to help open the new American Airlines headquarters relocating to the DFW area in Texas he happily moved for a better commute, a lower cost of living, a kidney shaped pool and more space for his family. With all his coworkers moving along with him, he used to say, that he did not feel like he moved, it more felt like he was changing bowling lanes. Jane happily adjusted her accent and was delighted to start this next adventure. Once her girls were older, Jane experienced several career opportunities through her many connections as well as her gumption, wit, and wisdom. She worked in admissions in a hospital. This was the same location that took such good care of her during her final years and where she took her last breath. She also worked for a doctor’s office and finally settled into the real estate business like her mother. Jim and Jane enjoyed their retirement years together in the Tampa Bay area in a condo overlooking the bay. In their 50’s they had a better social life than their young adult children. When Jim passed Jane decided it was time to journey back to Texas. Jane returned to American Airlines at 65 years old in the same department where she met her beloved husband, Jim. She worked in central baggage as a lost baggage claims agent. If your bag was lost, she was going to find it! She took each bag’s journey as if it were her own. She worked for American for nine more years before officially retiring at 74. Post retirement, she traveled with her daughters’ & families, enjoyed knitting with her friends, talking on the phone with her friends, playing solitaire on her iPad/iPhone, chatting about today’s events with her grandkids, swaying to upbeat music and /or enjoying a great glass of wine. She got her toes/nails/hair done monthly. She was either accompanied by her daughters/granddaughters and even her great granddaughters on occasion. At one point even some of her grandsons transported her to the nail or hair salon. When she stopped driving, she had up to seven chauffeurs at any given time ready willing and able to take her where she needed to go. And when you took such a journey with her, you knew she was going to tell you where to go, why you were going the wrong way and any other back seat driving direction she felt you needed. She would also call several times in advance to ensure that you were going to be on time, we have the voicemails to prove it! We are so happy she touched so many lives and always added a bit of humor to any family event, although not always intentionally. She will be missed, but we are happy she is peaceful, no longer suffering and spending time with her precious, Jim. She is survived by the following: Weiss/Sanker Family: Karen, Terry, Matthew, Maria, Michelle, Paola, Johnny, Nancy, Oscar & Travis Carrington Family: Debra, Wade: Evan, J.R., Ryan, Stephanie, Ali, Shea & Nicole Ross Family: Nancy: Luke & Erin Pitzer Family: Laura, Rod: Brandon & Alex Along with her treasured great grandchildren: Challie, Peyton, Kilian, Charley, Finn, Conner, Jackson, Preston, Sawyer, Greyson, Kayden, Bryson, Adalia, Jonathan, and Alydia. Also survived by her siblings, Bill (Clare) and James (Sally) Meehan and their families. In lieu of flowers we ask you place a donation in Jane’s name to the ASPCA. Meems loved dogs and they provided so much comfort to her in her final years. Memorial Gifts | ASPCA

Jane Meehan Ross earned her wings on Monday, March 7, 2022. Jane was affectionately referred to by all in her later years as just &#8230;Meems. She started her life&#8217;s journey in Wellesley Hills, Massachusetts, born on August 13, 1932,... View Obituary & Service Information

The family of Jane Meehan Ross created this Life Tributes page to make it easy to share your memories.

Send flowers to the Ross family.