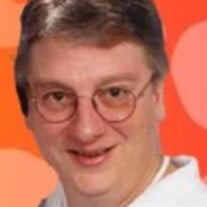 James “Jim” Christian Cooke was born on August 21, 1969 in Hinsdale, Illinois to the late Pauline (Hansen) Cooke and John Downing Cooke, III. On Thursday, January 13, 2022, Jim sat down in his favorite chair for a nap and did not get up. He was 52 years old. Jim was a 1987 graduate of Hinsdale Central High School before attending Northern Illinois University in DeKalb, Illinois. He was a member of a Golden Key National Honor Society and recipient of the Northern Illinois University Department of Management Academic Achievement Award with a 3.41 GPA. He was also invited to be a member of Sigma lota Epsilon Honorary Management Fraternity and held the office of VP of treasury as he more than tripled the available funds. Jim’s first job was his favorite at Giordano’s World Famous Stuffed Deep-Dish Pizza in Oak Brook, Illinois. He became involved into hotel management for several well-known hotel management companies. Jim was a storyteller who loved making people laugh, spending endless hours “on call” he loved his teams. After a long career in hotel management, he fulfilled his dream of owning his own business, “Kimo’s Superstore”. He lived in Illinois until April 1999 when he found his second home in North Texas. He loved everything about life. His musical favorites included the Beatles and the Grateful Dead. He was a foodie and he loved animals. He was a Dallas Cowboys fan. He was sort of a conundrum; he was not a big fan of crowds, but loved to be the life of the party. Hawaii was his happy place and loved the fact that he was a boy-dad. He was preceded in death by his father, John Downing Cooke, III; mother, Pauline Hansen Cooke; infant son, Collen James; sister-in-law, Robin Cooke, his grandparents, and multiple aunts, uncles, and cousins. He also lost his baby girl cat, Cassidy Ann “Bug Killer” Cooke and dog, Charlie “The Gentle Giant”. He is survived by his legal spouse, Colleen Cooke of Fort Worth, Texas; fiancé, Charity Prucnal of Fort Worth, Texas; sons, Ian Finnegan Cooke, Owen Christian Cooke, and Ethan James Cooke; brother, John D. Cooke, IV of Canton, Michigan; brother, Paul H. Cooke and wife Sue of Hermitage, Tennessee; brothers-in-law, Michael Levan, Willy Levan and Marty Levan all of Peoria, Illinois; and numerous nieces, nephews, cousins and a host of friends. A celebration of life will be held at 2:00 P.M., Saturday, February 12, 2022 at Lucas Funeral Home in Hurst with Mark Lucas Kelly officiating. In lieu of flowers, please consider memorial donations to help protect the world’s oceans for future generations to Oceana ATTN: Donation Services 1025 Connecticut Avenue NW Suite 200, Washington, DC 20036 www.oceana.org

The family of James "Jim" Christian Cooke created this Life Tributes page to make it easy to share your memories.

Send flowers to the Cooke family.