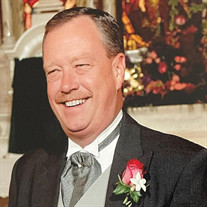 Jacob “Pete, Peter” Miles Bynum of Bedford, Texas, passed away on Wednesday, January 19, 2022, at the age of 66 at Universal Health Services in Fort Worth, Texas. Peter was born to Doris and Billy Ray Bynum on December 21, 1955, in Abilene, Texas. Oldest of three, he took the lead of his siblings seriously and enjoyed being a big brother. Serious about his studies, he achieved being a part of the National Honor Society in high school; after graduating from Grapevine High School, he attended the University of Texas of Arlington. On November 11, 2006, Peter married Ann-Marie at St. Mary’s of the Assumption on Magnolia in Fort Worth, Texas. Peter spent a total of 52 years in the Electrical Industry, where he developed long-lasting relationships and was one of the pioneers of his field. Peter worked for Burrus & Matthews as a Specifications Manager. He was well-read, and he enjoyed fishing, traveling, diving, hiking, and family were a focal point in his life. Peter enjoyed being an Assistant Scout Master for years, and he was proud when his son received his Eagle Scout Badge. He loved his church and church family and was an Officer on the Safety Team. Another significant achievement in Peter’s life was being a 4th Degree Knight with the Knights of Columbus. His biggest disappointment was passing away and leaving his beloved bride, Ann-Mare. All will miss his wit and wicked sense of humor. Peter is survived by his wife, Ann-Marie Bynum; children, Sarah Kiyoi, husband Kevin, Mandy Handy, husband Jake, Jacob Bynum, wife Hope; grandchildren, Chris, Brianna, Miles Kiyoi, Jagger, Townsend, Hendrix, Henley & Halen Handy, Meridien, husband Robert Gipson and Capria, husband Kevin Fullerton; great-grandchildren, Robert Gipson, Jr., Kaleo and Ezra Fullerton; sister, Patti Tavlian; numerous nieces and nephews, cousins, in-laws and many, many friends; and pets, Sadie and Cassie. He is preceded in death by his parents, Doris and Billy Ray Bynum, and brother, Mark Bynum. Father Brian McDonnell will lead the Requiem Latin Mass - FORMAL WEAR REQUIRED AT MATER DEI CATHOLIC PARISH Pallbearers will be Jacob Bynum, Matthew McEwen, Mandy Handy, Ben Boren, Asa Pearson, and Jeff Allen. Joshua O’Neal will be Honorary Pallbearer. O Lord, support us all the day long, till the shades lengthen, and the evening comes, and the busy worked is hushed, and the fever of life is over, and our work is done! Then in His mercy may He give us a safe lodging, and a holy rest, and peace at the last! Cardinal Newman Donations in Peter’s memory may be made to: https://engage.utsouthwestern.edu/donate-now?_ga=2.32233726.117722072.1644283863-82905538.1644283863 http://www.cwcfriends.com/give

The family of Jacob Miles Bynum created this Life Tributes page to make it easy to share your memories.

Send flowers to the Bynum family.