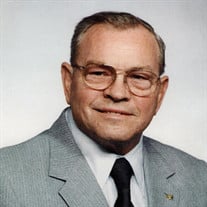 Jackie Newton Todd, 86, passed away on March 6, 2021. Jackie was born April 5, 1934 in Bloomington, Indiana to Jessie and Marion Todd. He was the youngest of 5 children. After graduating from Bloomington High School, he went into active duty with the United States Navy as a core man at the Portsmouth Naval Hospital in Virginia. There, he and his wife greeted into the world their first son, Tracy Todd, bringing much joy and happiness into their lives. After leaving the service they returned to Indiana where Jackie was employed by Cummins Engine Co. of Columbus, Indiana. They lived there for some 18 years. While living there, their second son, Richard Todd, was born. He and his father had many interests in common. Three years later he was blessed with a daughter, Marietsa Gross, who brought a daughter's love into her father's life. In 1968, Jackie accepted a promotion by Cummins that required a move to Hurst, Texas, where the children grew up and the family continued to grow. Jackie is survived by his son, Tracy Todd of McKinney, TX; siblings, Barbara May and Robert Todd of Bloomington, IN; 6 grandchildren, Jeff Todd of Grapevine, TX, April Mikaelian of Ijamsville, MD, Amanda Skidmore of Fort Worth, TX, Alannah Bowman of Fort Worth,TX, Kendra Howard of McKinney, TX and Machea Heistand of McKinney, TX; and many more family and friends that will miss him terribly. He was preceded in death by his parents, Jessie and Marion Todd; his sisters, Genevia Allen and Maxine; and his children, Richard Todd and Marietsa Gross. Services for Jackie will be held on Saturday, March 13, 2021, at 1:00 pm at Lucas Funeral Home, 700 W. Wall St. Grapevine, Texas. You can watch the service via video stream at: https://video.ibm.com/channel/23814965/video/ay43g0

Jackie Newton Todd, 86, passed away on March 6, 2021. Jackie was born April 5, 1934 in Bloomington, Indiana to Jessie and Marion Todd. He was the youngest of 5 children. After graduating from Bloomington High School, he went into active duty... View Obituary & Service Information

The family of Jackie Newton Todd created this Life Tributes page to make it easy to share your memories.

Send flowers to the Todd family.