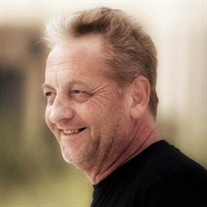 Jack Lyndon Jaggers, 60, passed away Monday, Aug. 2, 2021, in Denton. Funeral service: 10 a.m. Monday August 9, 2021 in the chapel of Lucas Funeral Home, 1601 S. Main St., Keller. Interment: Bourland Cemetery. Visitation: 5 to 7 p.m. Sunday August 8, 2021 at the funeral home. On Monday, August 9, 2021 at 10 a.m., a Livestream of Jack's Celebration of Life will be viewable here: https://video.ibm.com/channel/W629g7cx8Pp Jack Lyndon Jaggers was born Dec. 29, 1960, in Hutchinson, Kan., the youngest of five children to the late Willis George and Lucreta Lawhead Jaggers. He graduated from Oklahoma Baptist University and served as a youth pastor at the First Baptist Church in Choctaw, Okla. during his college years. He began his federal career with the Department of Justice on September 22, 2002. He began working for USCIS on October 5, 2003 under the Department of Homeland Security. He was an Immigration Services Officer. He met and married the former Gina Lubrano more than 30 years ago and from this union was born Michael Vincent, Aaron Philip, and Rachael Christine. Jack was a talented actor and comedian. Many will remember him as Frank N Furter in the Rocky Horror Picture Show (1988) and as Wolf in Hair (1989) at the Dallas Alliance Theatre. It was at the Dallas Alliance Theatre where Gina and Jack first met. Jack never met a stranger. He was very affable and always the funniest guy in the room. Jack performed with the Murder Mystery Players for many years. He enjoyed karaoke, cooking and relished the movie goer’s experience. Large popcorn and a Diet Dr. Pepper. His favorite movie was “It’s a Wonderful Life” and he did his best to live a wonderful life, and his impact on others was far greater than he likely knew. Indeed, as the famous angel in the movie, Clarence, notes, “Each man’s life touches so many other lives. And when he isn’t around he leaves an awful hole, doesn’t he?” Jack was preceded in death by his parents. Survivors include his wife of 31 years, Gina Jaggers of Fort Worth; children, Michael Vincent Jaggers of Benbrook, Aaron Philip Jaggers of Corpus Christi, and Rachael Christine Jaggers of Fort Worth; brothers, Dean Jaggers, Wayne Jaggers, and William Jaggers; sister, Mary “Luanne” Jaggers McKinney; numerous nieces and nephews; and a host of loving family and friends.

The family of Jack Lyndon Jaggers created this Life Tributes page to make it easy to share your memories.

Send flowers to the Jaggers family.