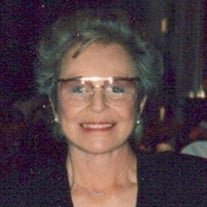 Irene Rosa Figi Our loving Mother and Friend, Irene (Sommers) Rosa Figi passed away peacefully at home, on Thursday, June 17, 2021, beside her daughter and son-in-law in Colleyville, TX. She was 99! She was born Irena Sommers on March 11, 1922 in the Polish village of Sulatyczi, in what is today, Belarus. Her mother’s Wojno family had lived in that area for centuries. One ancestor in the 1300’s was the “Secretary of War” for the King of Poland whose castle was nearby in Nowogrodak. The family name Wojno means “War” in Polish. Her father was German and his family had moved east to farm when that area was a part of Germany. He served in World War I for the Germany Army and was captured at age 16, just at war’s end. He returned home from Siberia to marry Irene’s mother, Yanina (Jenny) Wojno in 1919. In 1922, the Adolph Sommers family immigrated to the United States to join cousins living in the Brodhead, Wisconsin area. They anticipated the Bolshevik (Communist) takeover of their homeland. Irene was a baby of 6 months when they arrived in America, sailing on the S.S. Rotterdam to Ellis Island, NY. They first settled near Juda, Wisconsin where they farmed and later farmed closer to Monroe, Wisconsin. Irene attended schools in Monroe graduating from Monroe High School in 1939. After attending the Green County Normal School (a teacher’s college) and working in Rockford, Illinois, she returned to Monroe to marry her high school sweetheart, Fredric Carl Rosa (“Fritz”) on June 20, 1940. Fritz’s parents owned the Rosa Greenhouse on the north side of Monroe since the early 1920’s, and they both worked in the family business for decades. Irene gave birth to their first child, Fredric David Rosa on 10/31/46. Their second child, Steve Alan Rosa was born 5/7/1951 and their long awaited daughter arrived on 4/19/1962, Sandra Irene Rosa Perry. Fred (Melanie) now lives in Fort Collins, Colorado; Steve lives in Palm Desert, California and Sandi (Don Perry) resides in Colleyville, TX. Irene and Fritz were well known in Monroe for their Greenhouse, garden center and lawn shop on the north side of Monroe (19th Avenue and 5th Street). Fritz Rosa passed away in 1976, after which Irene ran the family business with Steve until 1982. She met John H. Figi, Jr. at his mother’s birthday party in the early 1980’s, and eventually moved to Marshfield, Wisconsin where Mr. Figi was the founder of Figi’s, a mail order cheese gift company. The couple were married in 1989 in Texas. They spent their winters in Rancho Mirage, California and summers in Marshfield when not traveling. Mr. Figi passed away November 11, 2001, after which Irene moved to Palm Desert, California where she was active in church, golfing, and lots of social events. Irene enjoyed reuniting with her Polish family and traveled many times to Poland, Belarus as well as other European countries. She and John traveled often, and enjoyed golfing in California and many other places in the US. Irene is survived by her children, Fred (Melanie) Rosa, Fort Collins, CO, Steve Rosa, Palm Desert, CA, Sandi (Don) Perry, Colleyville, TX. Grandchildren, Staci Barchu, Hobbs, NM, Shana Alford, Galveston, TX, Sommers Rosa, Huntsville, TX, Mark Rosa, Portland, OR, and Katherine Reams, Gallatin Gateway, MT. She is also survived by 7 great, grandchildren, 3 step-grandchildren and 4-great step children in Texas. Irene was preceded in death by her two husbands Fritz & Chum, parents, sisters, and a great grandson. Her family includes favorite Alfonso, Davis, and Rosa nieces and nephews around the country as well as an extended family in Poland and Belarus. A family service will be held Saturday, October 23, 2021 at 1:00 pm at St. John United Church of Christ, 1724 14th Street in Monroe, Wisconsin. You may donate to the Lung Association in Memory of our beloved Mother Irene. Our precious Mother will be remembered for her radiant smile that would lighten up the room, her continued energy, positive attitude, generosity, and an amazing deep love for her three children, and grandkids.

Irene Rosa Figi Our loving Mother and Friend, Irene (Sommers) Rosa Figi passed away peacefully at home, on Thursday, June 17, 2021, beside her daughter and son-in-law in Colleyville, TX. She was 99! She was born Irena Sommers on March 11,... View Obituary & Service Information

The family of Irene Rosa Figi created this Life Tributes page to make it easy to share your memories.

Send flowers to the Figi family.