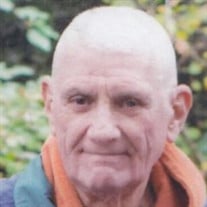 Colonel Herbert Green passed away on Monday, December 27, 2021, in North Richland Hills, Texas, just weeks after celebrating his 80th birthday and 50th wedding anniversary. He was preceded in death by his parents, Martin and Frances Green. He is survived by his beloved wife, Mary Hass Green; their daughter, Jennifer Liedholm (Erik); granddaughters Edie and Gigi Liedholm; and his sister, Barbara Haigler. Col. Green graduated from Queens College with a Bachelor of Arts in history in 1963. He then attended the University of Texas Law School, graduating with a Juris Doctor degree in 1966. After graduation he worked as a Staff Attorney for the Federal Communications Commission and in October 1966, he joined the US. Army. His over 27-year Army Career saw him in eleven assignments in the United States and three assignments in Germany (for nine years). He also served a year (1968) in Vietnam at the height of that war. He attended the Judge Advocate basic, advanced and military judge courses. He was a graduate of the Armed Forces Staff College (Norfolk, VA) and the Army War College (Carlisle, PA). His major assignments included Deputy Staff Judge Advocate, Fort Gordon GA; Staff Judge Advocate 1st Armored Division, Ansbach, Germany; and Chief Criminal Law Division and Professor of Law at the Judge Advocate Generals School in Charlottesville, VA. He also served as a Military Judge for sixteen years, culminating his military judicial career as Chief Judge, 3rd Judicial Circuit, Fort Hood, Texas. During his military career, he published two Law Review articles and fifteen Army Lawyer articles. He was awarded the Legion of Merit (3 awards), the Bronze Star, the Meritorious Service Medal (4 awards) and the Army Commendation Medal. In addition, he received the National Defense Service Medal, the Vietnam campaign and service medals, the Army Service medal and the Overseas Service ribbon. He retired from the Army in April 1994 and that month began a second career as an Administrative Law Judge for the Social Security Administration. He retired from that position in January 2019. Herb loved football (GO GIANTS!), the law and his wife (in that order). He enjoyed classic country western music (he knew all the lyrics but needed Mary for the tune), bagels and baguettes. He loved trains and regularly completed the NY Times crossword puzzle in pen. He was an introvert, but those who knew him loved his tell-it-like-it-is approach to life and his dry sense of humor. He was a wonderful husband, daddy and Papa, and he will be dearly missed. In lieu of flowers, please consider a donation to MDS Foundation or the American Cancer Society.

Colonel Herbert Green passed away on Monday, December 27, 2021, in North Richland Hills, Texas, just weeks after celebrating his 80th birthday and 50th wedding anniversary. He was preceded in death by his parents, Martin and Frances Green. He... View Obituary & Service Information

The family of Col. Herbert Green created this Life Tributes page to make it easy to share your memories.

Send flowers to the Green family.